This article analyses the wage effects of temporary jobs and the individual cost of short-term contract arrangements. The 2002 and 2004 waves of Bank of Italy's Shiv data sets are used, in a short longitudinal perspective, in order to estimate the wage differentials between temporary and permanent workers. The data suggests a weak negative effect of a previous atypical work experience on the current hourly wage. The cross-sectional wage differentials between temporary and permanent workers are then analyzed both with OLS and quantile regression. Results show that for most of the workers fixed-term contracts lead to a current wage penalty; nonetheless, there is evidence of a strong variation in this pay gap, with a decreasing intensity moving from lower to higher deciles of income distribution. Finally, the analysis suggests that this income cleavage, added to other well-known "structural dimensions" (such as age, gender, or education), can contribute to the increase of the social and economic inequality in the Italian labour market. 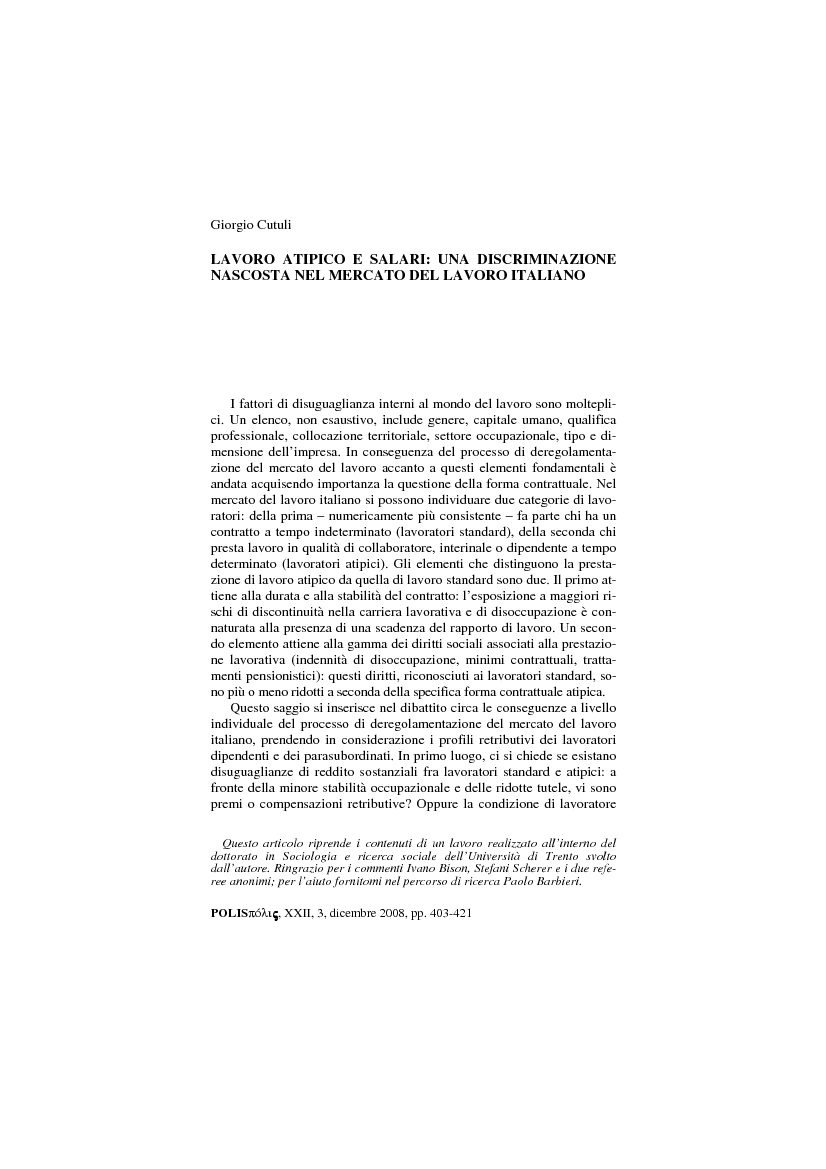