Two years have passed since the last Italian parliamentary elections, the results of which were so close that no pre-election poll could have reliably predicted the winner. In preceding work by the two authors, a measure of predictive accuracy - Martin et al.'s A - was applied to the 2006 and 2001 Italian general elections and showed that in both instances published polls performed badly and overestimated voters' support for the winning coalition. In this new article, the authors monitor the performance of published polls conducted during the 2008 election campaign. The polls' predictive accuracy could have been further impaired, with respect to the past, by several factors: the relative brevity of the campaign; a comprehensive re-structuring of electoral alliances; the ensuing need for voters to adapt to the new scenario; the renewed relevance of smaller parties excluded from the major electoral alliances, thereby weakening the election's "bipolar" structure; an increasing telephoneinterviewing coverage error due to the high incidence of households having only mobile phones or no phone; decreasing voter turnout. Despite these potential problems and published surveys' several methodological shortcomings, predictive accuracy improved with respect to 2001 and 2006. The authors also use A in an innovative way, i.e., to assess polls performance regarding the allocation of votes within the centre-left and the centre-right coalitions. 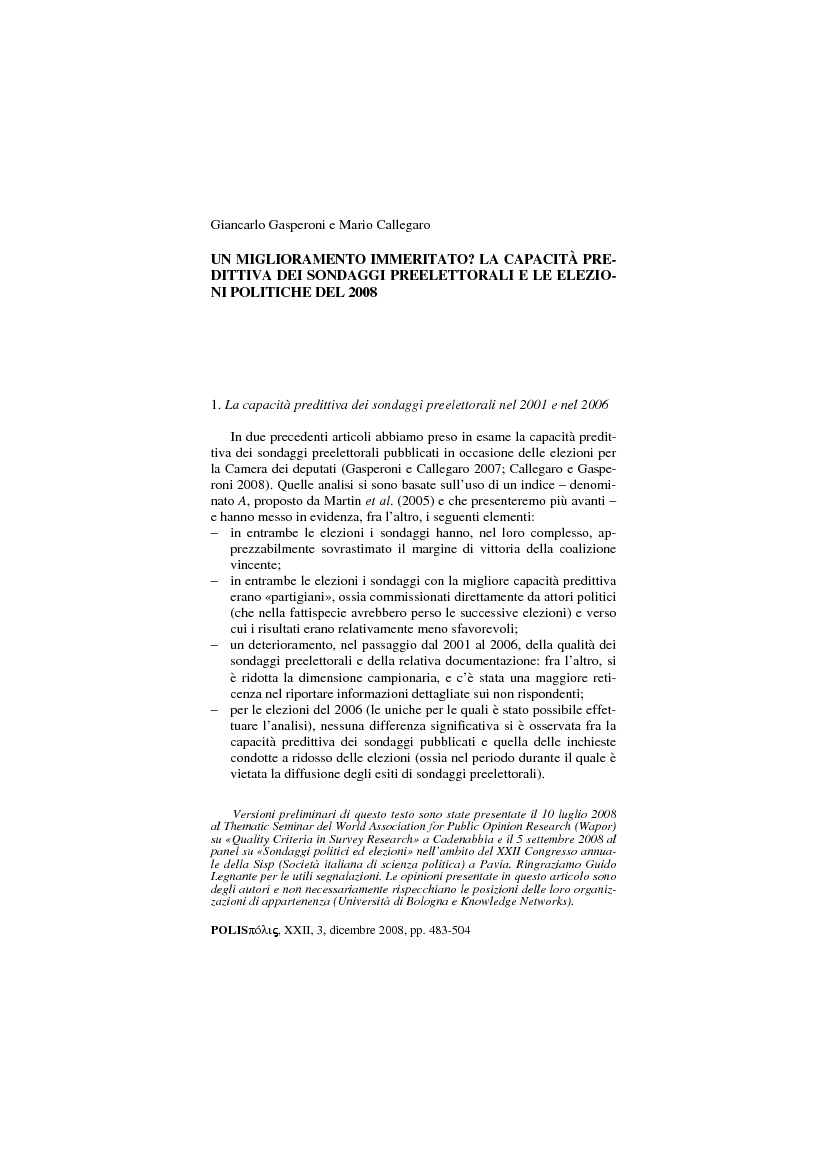