The article studies the phenomenon of floating abstensionism. Survey analysis and aggregate data show that the novelty of electoral abstensionism in Italy in the last decade, more than on the increase of the overall abstensionism rates, rests on the clear increase in the amount of of floating voters who swing to and from voting and nonvoting. The article analyses several factors that might be at the basis of the phenomenon: political-institutional, social, psychological, party mobilisation. The empirical analysis shows that the floating voter is socially similar to the constant voter, whereas he/she is clearly different from the chronic abstensionist. From a psychological point of view, however, the floating non-voter resembles the chronic abstensionist rather than the constant voter. He/she is less interested in politics and less informed. One can argue that "floating abstensionism" is not peculiar to any part of the political spectrum. Rather, all parties have to cope with the problem (and the opportunity) of mobilising floating abstensionists. 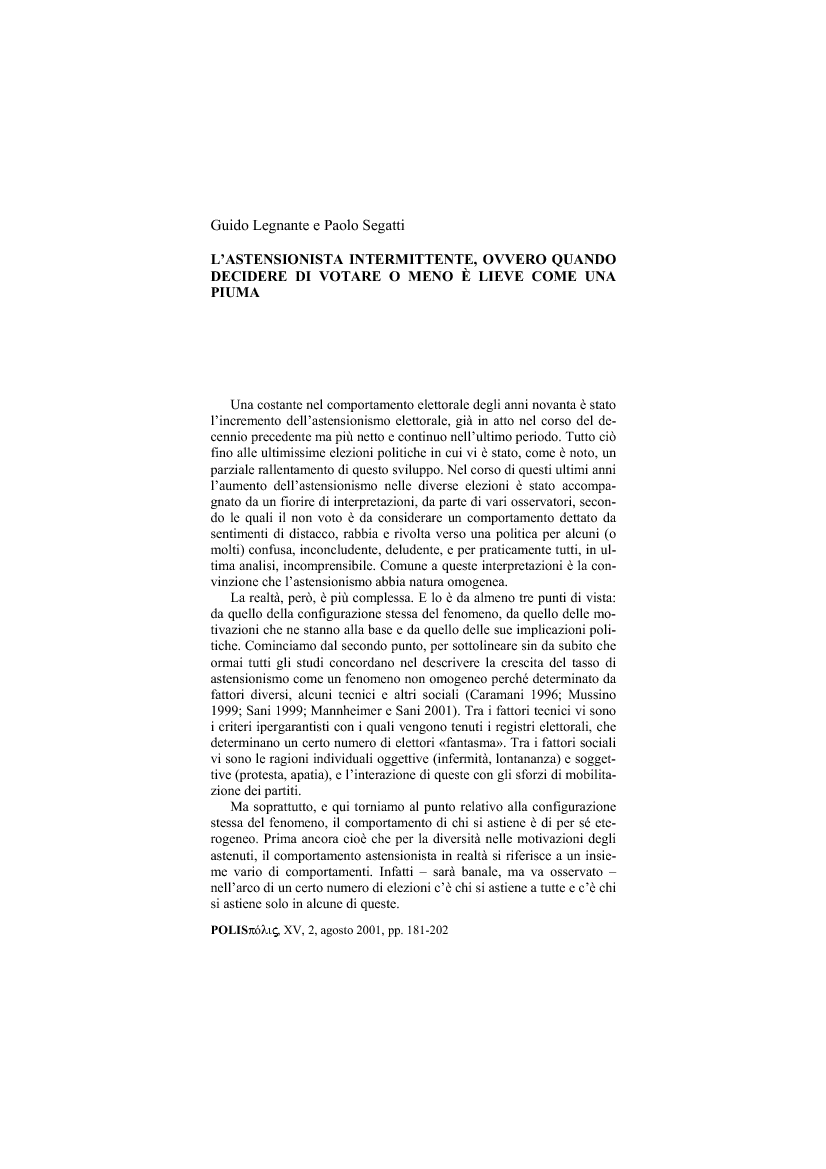