Colombian and Italian organised crime structures share several similar features - including the fact that they are less organised than usually thought - but tend to differ in one central aspect: while the Italian mafia is power-based, Colombian drug-trafficking is much more market-oriented. Both principles of action, however, tend to overlap and can produce very similar phenomena. Besides showing similarities and differences, the paper also attempts to explain why organised crime has so firmly established itself precisely in Colombia and Italy. Several correlated reasons are identified: difficult state-building processes, precarious legitimacy of the clientelistic political systems, inefficiency of the judicial systems, speed of social change, and the widespread lack of trust in both societies. Once consolidated, organised crime tends to reproduce these social conditions through a feedback process that renders these phenomena disturbingly modern. 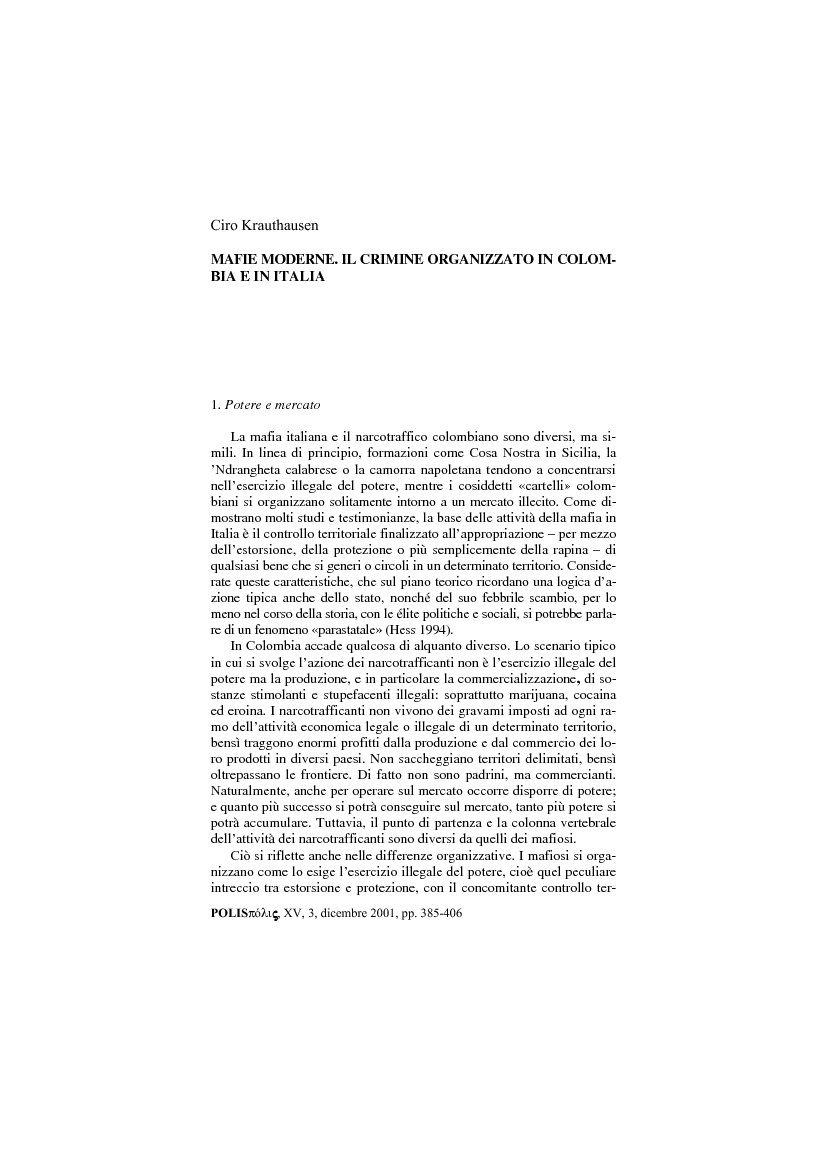