The article reviews three recently developed theoretical approaches concerning transition to adulthood, which conceive of youth, respectively, as a component of the underclass, as a disappearing social group due to the individualisation of life courses, and as a visible and internally homogeneous social category that leads to a new stage in life which may be called "postadolescence". In order to validate these approaches and underscore the usefulness of panel studies, data regarding transition to adulthood drawn from the British Household Panel Study, the Italian Household Longitudinal Survey and the Swedish Level of Living Survey are examined using event history analysis techniques. Findings suggest that, during the 20th century, timing of transition to adulthood, rather than changing monotonically, has followed a U-shaped trend. Delayed formation of the first union and postponement of birth of the first child cannot be conceived of as entirely new experiences. On the contrary, they represent a feature common to generations born both at the beginning of the 20th century and after the 1950s. As a consequence, one cannot maintain that today's young people are much freer than their parents were in shaping their life courses; indeed, they are constrained by normative clocks and negative economic circumstances almost as strongly as their grandparents were. 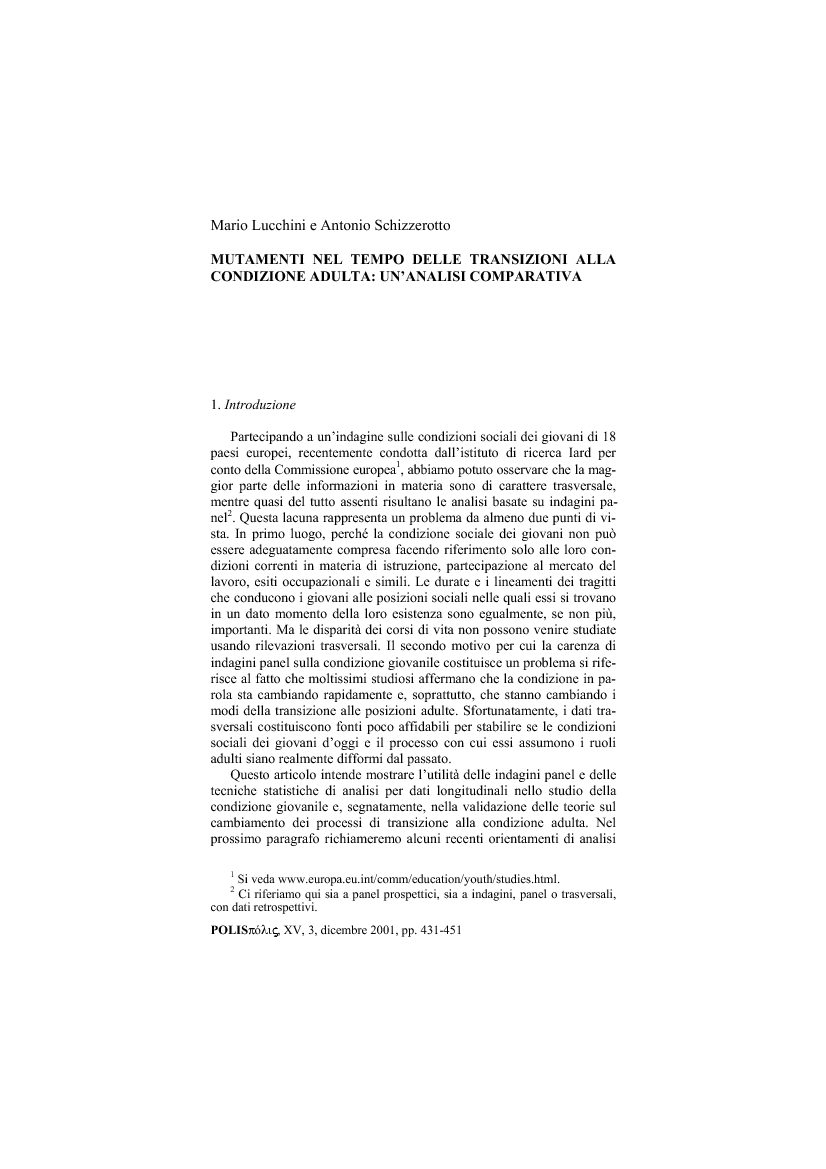