The article is a reply to the "cultural turn" in the study of the mafia as exemplified in a group of articles in a previous issue of "Polis" (no. 3, 2001). Those articles create a very partial representation of the research practices and the theoretical production attached to the alleged "alternatives", i.e., cultural versus rational, that the authors wish to compare. It can be argued that three of those four articles are a valid integration to the rationalistic analysis of the mafia, instead of an alternative. On the contrary, the work by Santoro and Sassatelli really does trace a border with rationalistic approaches and highlights aspects of the phenomenon which rational choice theory - but also other theories of action - cannot consider. In this way, however, cultural analysis of social phenomena defines the cultural "turn" very differently from the other three articles. Namely, culture is not understood as a resource for individual or collective action; rather, it is interpreted as a "discourse" constitution device. This use of the concept of cultural analysis also raises some tricky matters of a theoretical order and regarding the policy relevance of the approach. Three aspects of mafia research are discussed: different theories of action in the analysis of the organized crime, the corporate nature of the mafia phenomena, and the different policy relevance of theoretical alternatives. 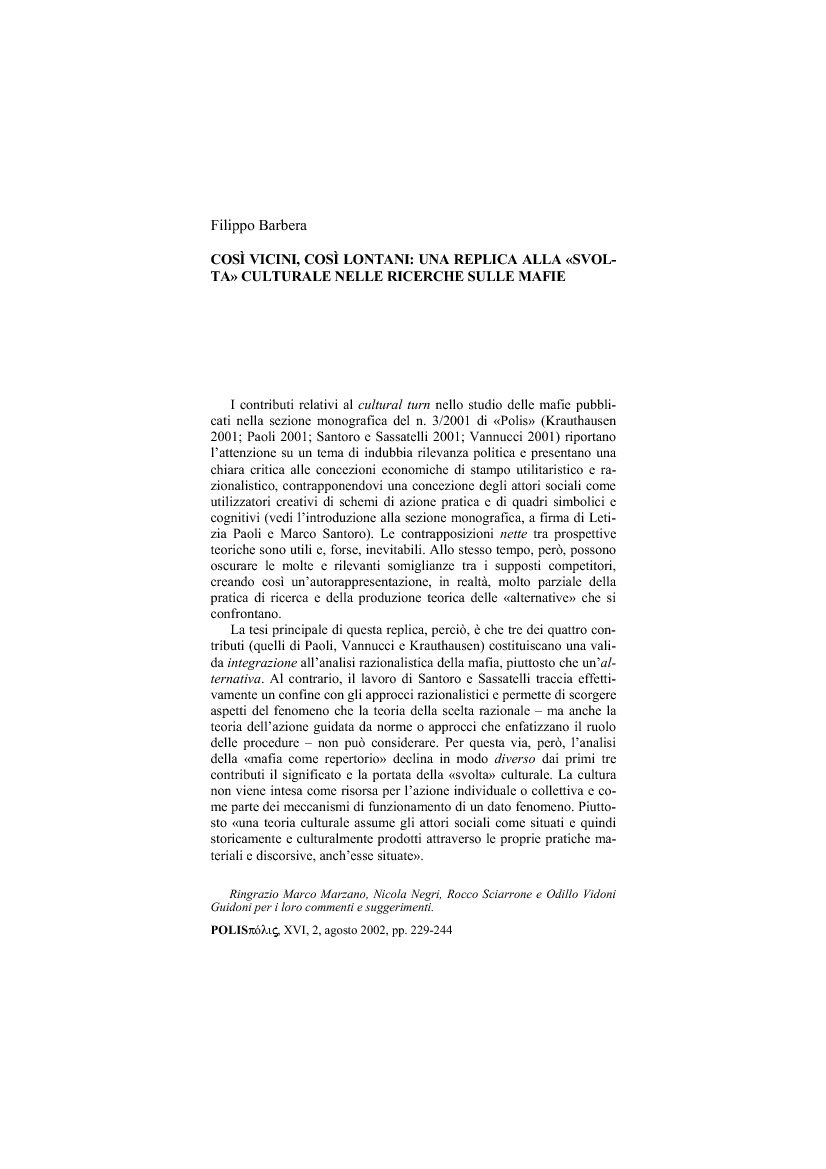