This paper aims to examine disparities in mortality rates between immigrants and Italians as well as between migrant groups residing in the host society and those residing in their homeland. Not only do we attempt to identify the existence in Italy of an advantage of immigrants' mortality rates, but we also analyse the advantage taking into account the causes of death. Standardized mortality ratios are used to calculate and compare data. Italian data is drawn from the National Institute of Statistics of Italy (Istat). The dataset contains the total number of deaths in Italy between 1997 and 2002 (N > 5 million, by nationality, gender, age, cause according to Icd9). Data on deaths of immigrants residing in their homeland is drawn from the World Health Organization. We choose to use the number of residence permits granted in Italy during the period 1997-2002 as proxy of immigrant population in Italy. Our main result is the identification of lower mortality rates of some immigrant nationalities than those of Italians. The advantage is relevant even when we observe mortality rates of compatriots residing in the country of origin. However, the extent of this advantage varies depending on the causes of death. The advantage is low when factors related to the context of arrival are at work, as in the case of cancer, traumatism, poisoning or violent deaths. These results are consistent with previous findings from immigrants' physical and mental health research. In particular, our findings seem to confirm the healthy migrant theory which explains this phenomenon as the result of immigrant selectivity. On one hand, these findings highlight the utility of analysing mortality rates of immigrants taking into account the causes of death and the homeland context. On the other, they show that further research and sounder methods are needed to achieve a better understanding of factors explaining identified differences. 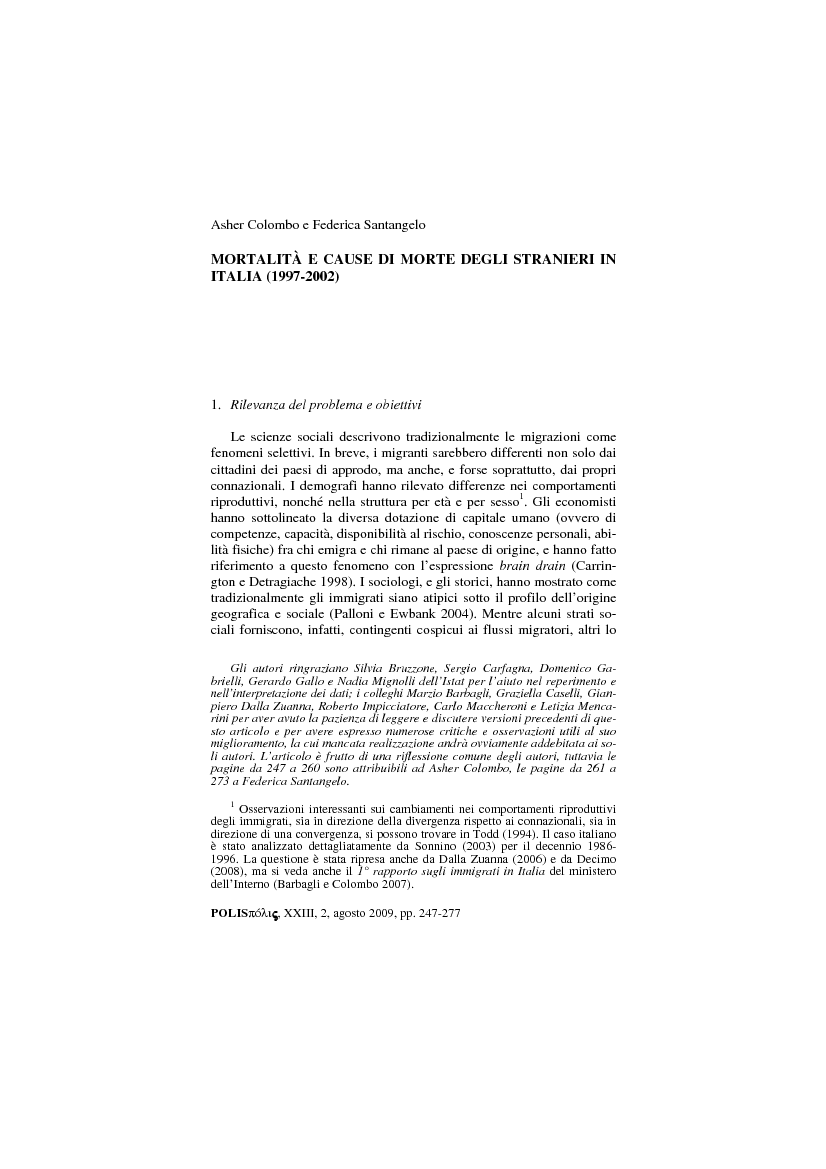