The two authors discuss Marzio Barbagli's "Congedarsi dal mondo" (Bologna, Il Mulino, 2009). Watt, who is an expert on the history of suicide in Europe, mainly focuses on first part of the book, which deals with suicide in the West from ancient times to the present. He questions the role attributed by Barbagli to St. Agustine in the growing stigmatization of suicide by Christians from, more or less, the 4th century onwards. He underlines the presence of some lacunae in the otherwise very rich documentation analyzed by the author and thinks that Barbagli devotes too little attention to gender. He agrees with much of Barbagli's criticism on Durkheim's etiological classification of suicide and with the importance that he attributes to cultural factors in explaining the meaning attributed to suicide by people who kills themselves. Nevertheless, Watt believes that Durkheim was right in thinking that altruistic suicide would be very rare in highly individualistic societies and concludes that his classification still holds relevance. Fisch, who is an expert of sati and Asian history, mainly focuses on the second part of the book, which deals with suicide in the East. He questions data on the diffusion of "sati" provided by Barbagli and argues that "sati" often was (and is) homicide rather than suicide. He expresses some criticism on the inclusion of very different self-murder acts such as egoistic suicide, "sati", suicide as vengeance and kamikaze attacks in the same (though quadripartite) category of suicide, and thinks that there will be no successful comparison between the West and the East until a new, more comprehensive concept of suicide is developed. In spite of their criticism, both authors believe that "Congedarsi dal mondo" is a very important and stimulating book, which provides new insights on suicide and will stimulate further research on the subject. 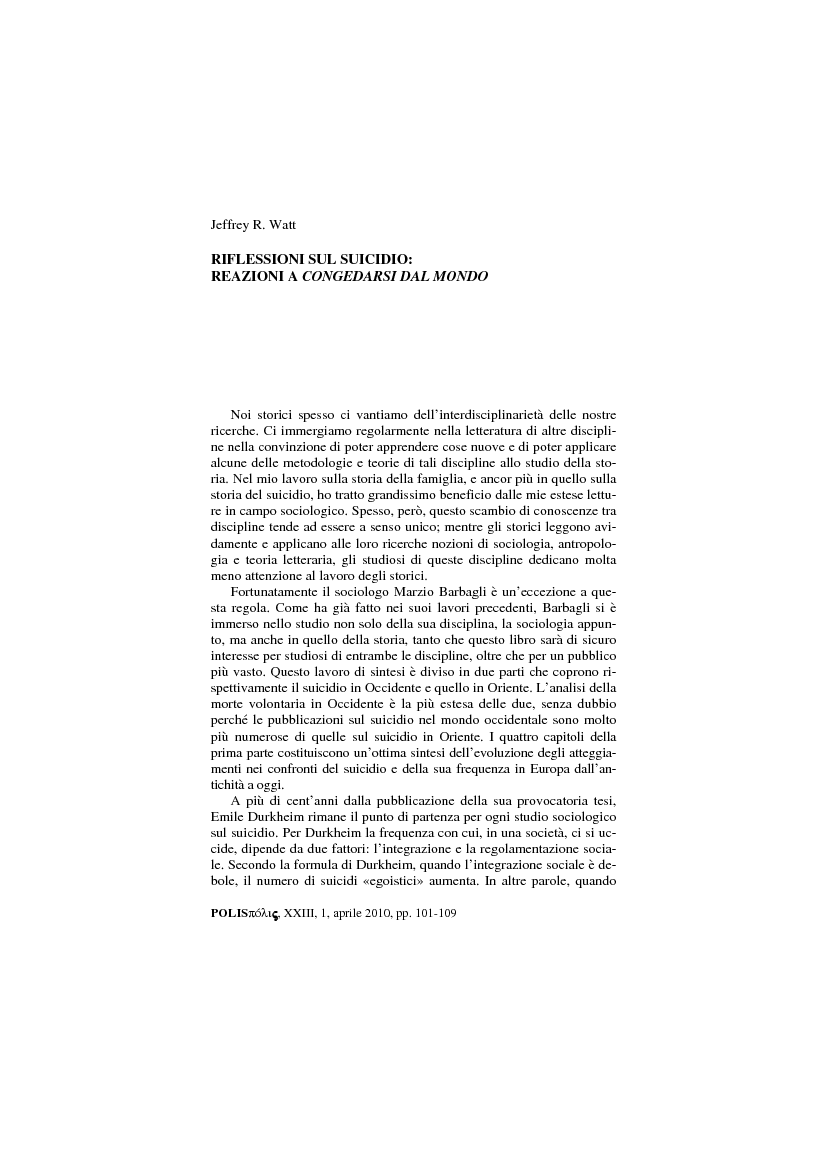