The main purpose of this article is to investigate whether inequality of educational outcomes has changed over time in a comparative perspective. Results of previous studies are mixed: some found persistent inequality in most of the industrialized countries, while recent works found a significant decline. Here 3 pooled waves of the European Social Survey are used to investigate changes in inequality of educational outcomes in 16 European countries. Ordinal logistic regression, integrated with multivariable fractional polynomials, is employed to model changes over time in the association between social origin and educational attainment. The basic results indicate a significant reduction of inequality in all the 16 European countries examined, but with different patterns (in some countries the trend is linear, whereas in others it is nonlinear). Inequalities in the probability of attaining tertiary education show a decline in Nordic and Southern Europe, versus stability or an increase in Eastern and Western Europe. 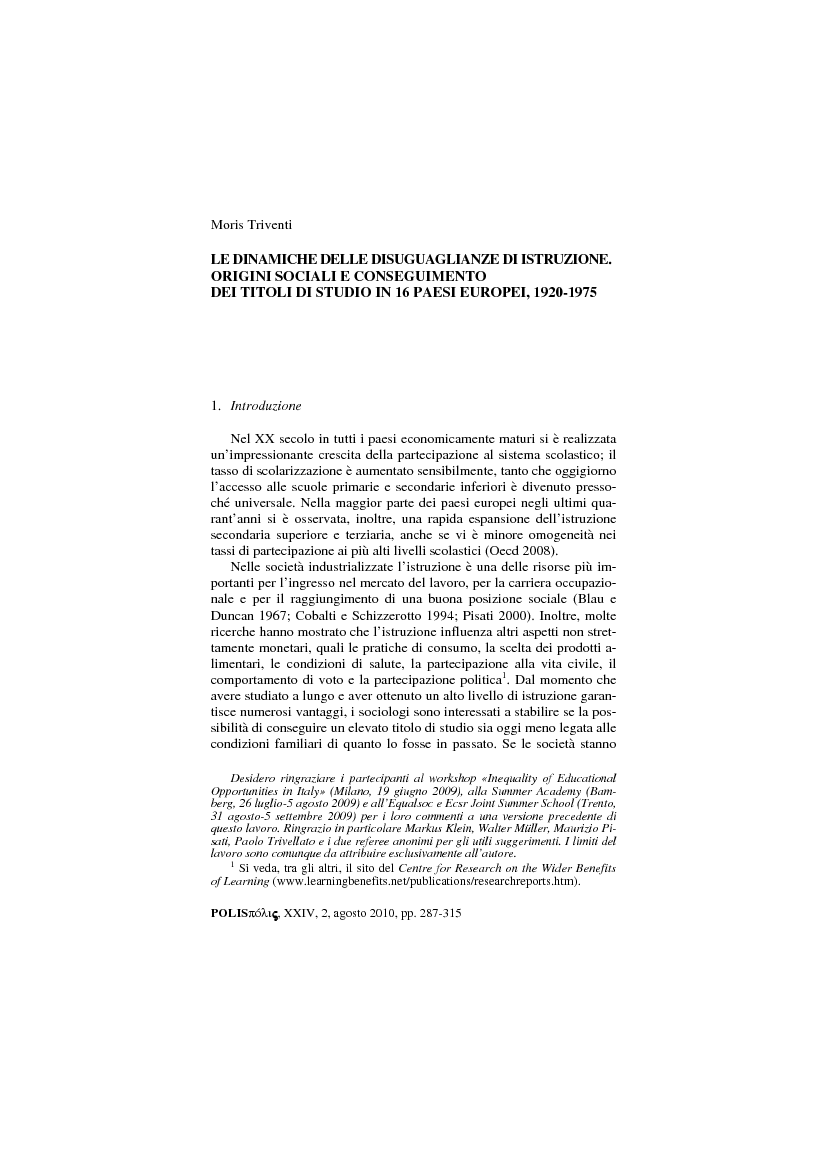