Women's increasing participation in the paid labour market has been one of the most relevant social changes in post-industrial societies. As a matter of fact, the significant growth in women's occupation rates has marked an end of the principle of (out of) labour market segregation of women, which had characterised mid-century compromise societies. Nevertheless, gender segregation in the labour market is still a salient characteristic of western European societies: i) women are still largely underrepresented in some employment sectors (horizontal segregation); ii) women are generally underrepresented at the higher levels of the occupational scale (vertical segregation); iii) the gender wage gap is still significant. This article aims to document the level of gender vertical occupational segregation in the Italian labour market in comparative perspective. It does so by analysing the presence of women in the top management of companies included in the following stock market indexes: FTSE MIB (Italy), IBEX 35 (Spain), CAC 40 (France), DAX 30 (Germany), OMXC 20 (Denmark) and OMXS 30 (Sweden). 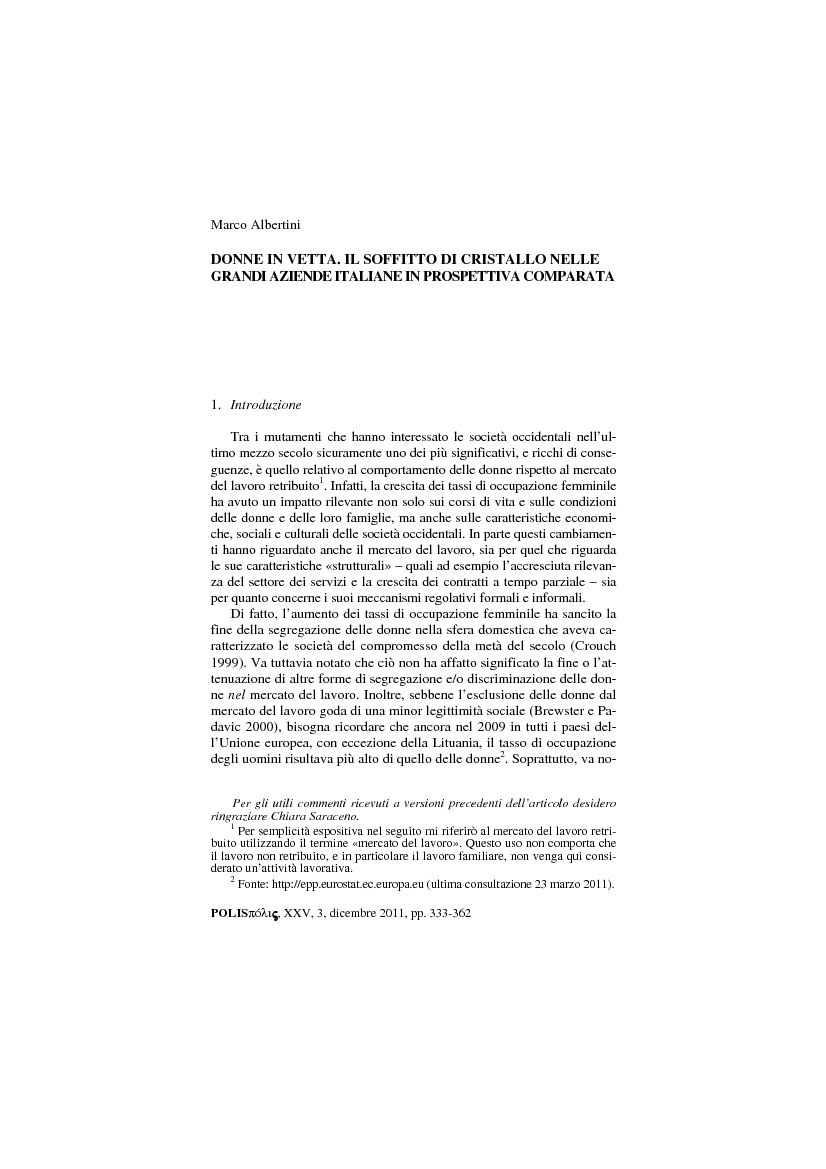