Music festivals are major sites in which the performative and public dimensions of music come to be articulated. At the same time music festivals are key places for the strengthening of the ongoing process of music commodification. On this basis, this paper aims to investigate the artistic management, the institutional logics and the role in jazz culture of one of the most important music festivals, Umbria Jazz. Since 1973, every year leading national and international jazz artists are brought together in the relatively small city of Perugia, in Umbria. From the organizational viewpoint, the most crucial role has since been played by the artistic director. As a cultural entrepreneur, over the years he has been able to gain an internationally acknowledged artistic and managerial credibility despite the clear touristic aims. In 1991 the Umbria Jazz Foundation was formally founded in order to manage the economic aspects and to develop the professional image of the festival. Since 2000, Umbria Jazz has become an internationally known cultural and commercial brand. Despite the process of institutionalization and its growing economic and public relevance, the artistic management and practical organization of Umbria Jazz still depends exclusively on the work of the director and his very restricted, highly creative and mainly informal network of collaborators. How is it possible that the organization of such a huge event depends on such a very small number of individuals? What are the cultural and institutional logics behind their artistic choices? How does the musical offer - jazz but also some rock and pop music - have to do with the organization and management? And what kind of political connotation and civic effects can such a festival turn out to have in the realm of public culture? This paper aims to unveil these kinds of socio-cultural dynamics from a neo-institutionalistic perspective. The analysis is based on fieldwork, on historical sources and qualitative interviews carried out with both members of the managerial and organizational staff of the festival and with Italian jazz artists, and on quantitative and qualitative analysis of the audience. 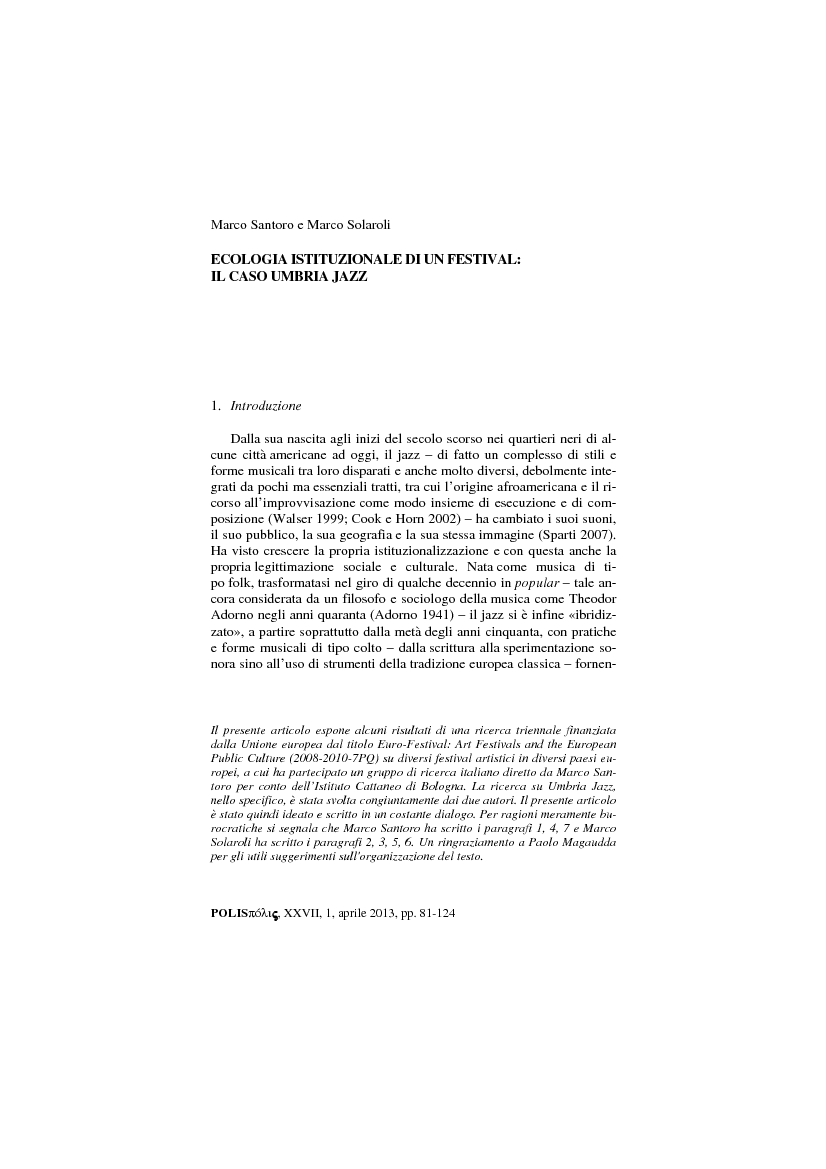