After the law Turco-Napolitano was issued, migrants' inclusion has become a specific purpose of the Italian government. The idea of integration, thus, has gained a central position within the Italian migratory policies and has been defined in a detailed way within the triennial Planning documents, which contained the guidelines and the operating instructions on admission and inclusion of non-citizens. The first two planning documents (1998-2000 and 2001-2003) depicted migrations in Italy as a structural phenomenon and, as a consequence, affirmed that the paths of migrants' integration had to be planned. Within a framework of enduring interactions between citizens and foreigners, integration was represented as a symmetric and bidirectional process that involved both Italians and non-Italians. During the following years, nonetheless, the idea of integration promoted by the institutional documents has started to change. After the issuing of the third and last planning document (2004-2006) and the launch of the "Integration Plan: Security, Identity and Engagement" (2010), Italy seems to have adhered to the principles of "civic integration". Since that moment, security has become a keyword within the Italian migratory policies, while integration has acquired the meaning of an asymmetric process or, more specifically, of a selection tool for migrants' categories deserving to remain in the Italian territory. 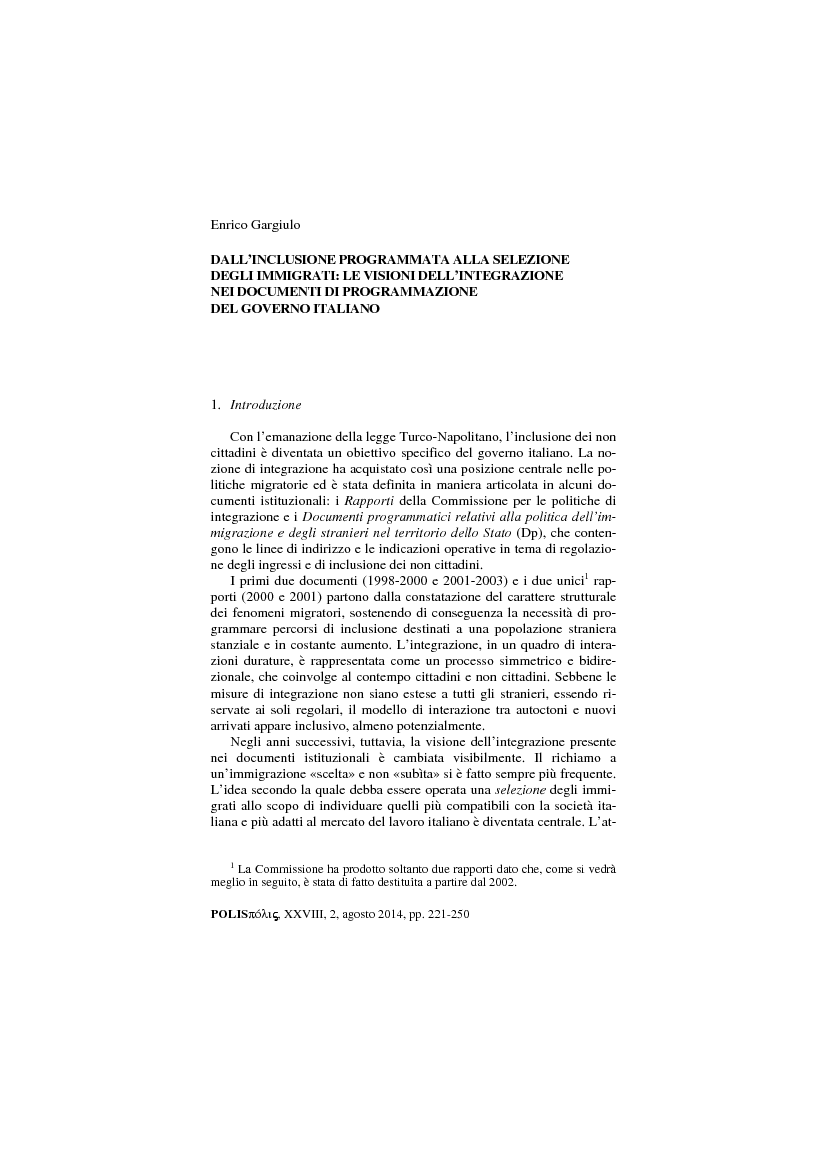