This paper aims to clarify the meaning of managerialism, in order to understand whether properly defined managerial drives, and of which kind, take place within social services. A comprehensive and critical literature review has been used as a sort of grammar, to read and interpret the empirical evidence provided by a qualitative research conducted on two local social services in the Turin metro area. The bottom line is that the innovations introduced in the social services are closer to a bureaucratization which has been renewed only partially, rather than to a mature managerialism which should - theoretically at least - fight the «iron cage of bureaucracy». The ongoing transformations don't seem to be rooted in the public choice strategy of the «deconcentration of power», which prescripts competition, decentralization, deregulation and evaluation, but rather in the classical organization theory. 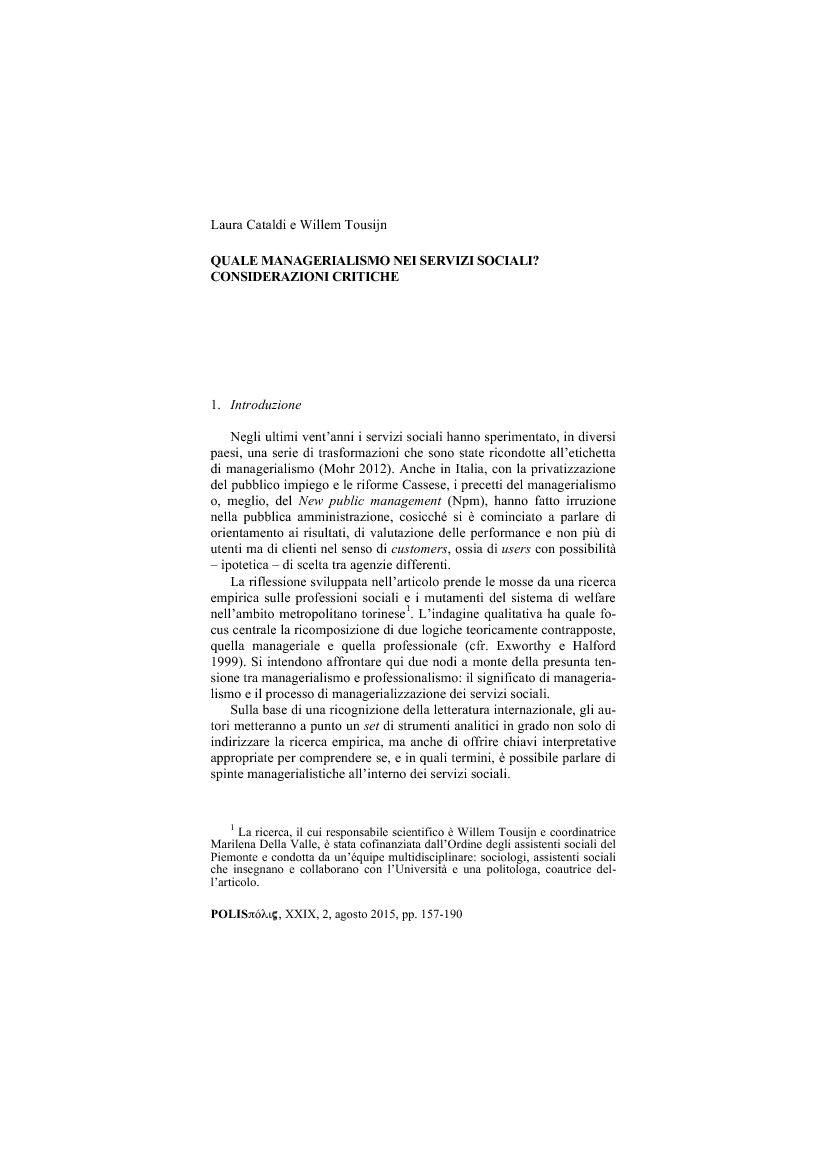