Data on cultural consumption, production and economic support show the existence of different local systems of performing arts in Italy. The paper provides a theoretical framework of the relation among production, consumptio and exogenous resources to the cultural field. Then, the system of funding is analysed and a scheme to interpret the different sources of financial support is proposed. Finally, a hierarchical cluster analysis is applied to Siae, Istat and Mibac data on live show in Italy, producing a typology of four groups of regional systems of culture, according to different combinations of consumption, productive and financial outcomes. The results show distinct profiles: the first group contains regions, all in southern Italy, which in spite of a good productive system present low levels of consumption, citizens' expenditure and external resources. The second group comprises regions with a good combination of production, consumption and economic outcomes. The third cluster is constituted by four regions with good levels of production and consumption and with particularly good economic performances. Trentino-Alto Adige region is considered a cluster itself because of its extremely high consumption rate. Finally, the paper discusses some methodological issues relevant for the analysis of the cultural fiel 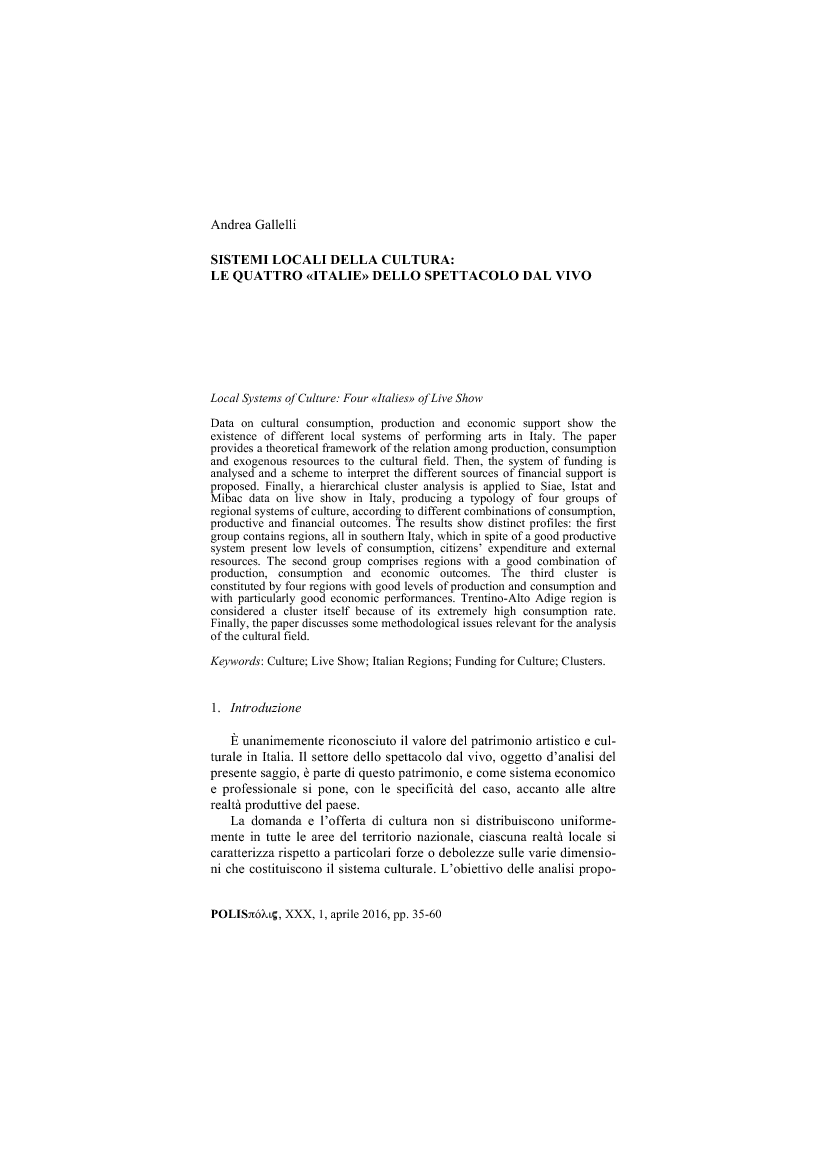