Changes and instability in the pathways that women follow in the fields of Science, Technology, Engineering and Mathematics (STEM) in terms of both education and employment have become a major issue of national and international debate. Despite a growing number of women at the university and post-university levels (doctorate research programs, PhDs) in STEM fields, there still appear to be old and new composite inequalities in female trajectories of study that continue in their professional careers. Through an analysis of various data sources regarding women's participation in these fields of study and employment, the paper analyzes if and how phenomena of gender-based polarization in scientific fields are decreasing over time, if women's professional and study paths are being reconfigured and, finally, whether there is a trend toward greater gender equity or if, conversely, expansion processes are accompanied by new polarizations between different STEM fields. Taking into account the differences between STEM disciplines, our empirical analysis reveals a differential expansion that maintains the persistence of inequalities based on both gender and social background. 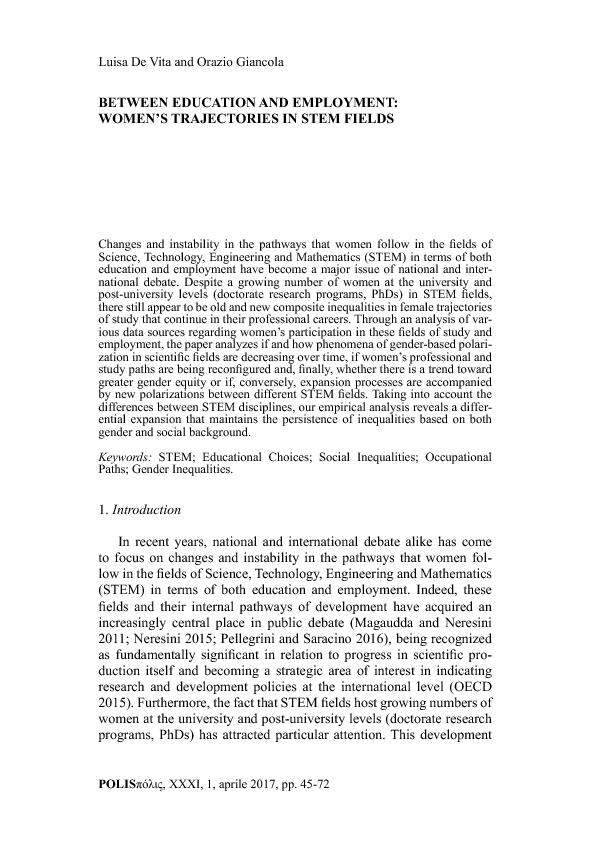