Social innovation is a concept with significant public relevance, but not equally defined from an analytical point of view. It is actually closer to a quasi-concept than to a true concept. As such, it connects and overlaps analytical, regulatory and practical objectives, seamlessly. The history of social innovation has a karst trend, which brings out the idea in conjunction with turbulent historical conjunctures, characterized by demands and needs that are not fulfilled in the existing institutional structures. Social theory addresses the issue in a rather generic and not particularly useful way, while the field of innovation studies bring it back more precisely to the field of collaboration economy. The two most influential contemporary narratives are the critical-movementist one and that of social entrepreneurship; they emphasize different purposes and priorities that are only partially reconcilable. The methodological debate is not, at least for the definition of the indicators, particularly mature, while the one on the conceptual dimensions appears more promising. In this regard, social innovation presents risks and opportunities, which must be addressed without indulging either in rearguard battles or in managerial enthusiasms. 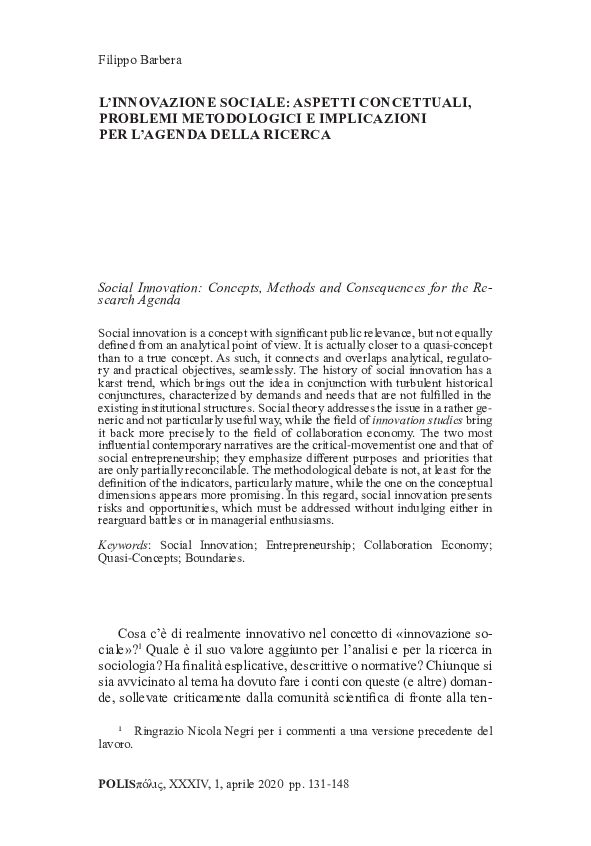