The growth of independent professionals is a structural trend in the Italian labour market, which continued also during the Great Recession. Difficult and risky would be to forecast what will happen in this occupational area in the incoming months, but a a comparison with previous crises can provide some hints. In spite of the overall resilience of independent professionals’ employment levels, those who are dependent on only one client were hit harder. They are younger workers, often females, working in the sectors of traditional liberal professions and, even more often, consultants, experts and freelance in the social services, public or supported by public spending, and in the culture and entertainment sectors. They usually have shorter seniority and, likely, limited availability of accumulated resources. The analysis of the perceived risks of losing one’s job seems to support the hypothesis of a greater weakness of this worker profile when facing a crisis. 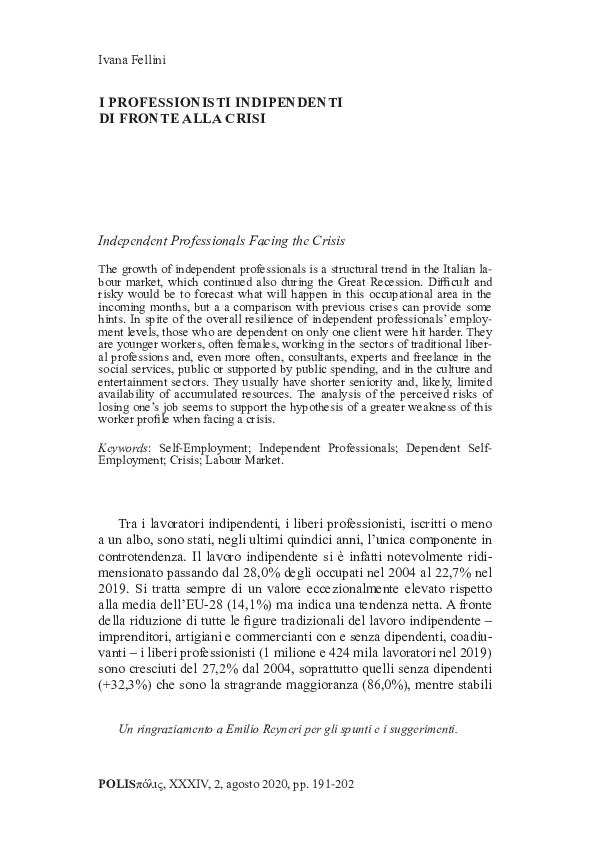