In recent decades, the relationship between innovation policies and economic development has undoubtedly grown stronger. Nevertheless, among advanced economies, governments have intervened at different times and to different extents. To understand the reasons behind these differences, the article questions the mechanisms that have influenced institutional change in innovation policies, albeit in a common framework of increasing sensitivity towards the theme. The research focuses on eight advanced economies between the 1980s and the 2010s and has two main aims. The first relates to the effective relevance of innovation policies in influencing the innovative nature of production systems. The second concerns the configuration of factors that could be associated with greater intensity in innovation policies. Three main research results emerge. a) A country’s innovative capacity is influenced by the presence of both private and public investment in R&D. b) The adoption of innovation policies follows equifinal paths, triggered by structural, international or socio-political factors. c) The recursive effect between structural factors, innovation outcomes and public support can hinder the investment by governments of weaker economies in innovation policies, unless a path to innovation grounded on socio-political factors is undertaken 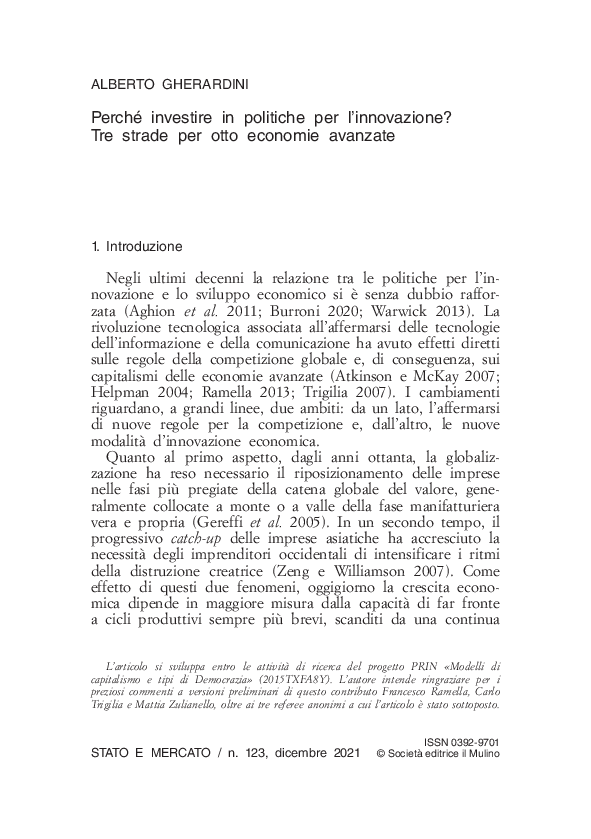