This paper discusses the "associational democratic" model of relationship between state and civil society organizations, which recommends devolution of as many regulatory functions as possible to local groups and associations with detailed knowledge of problems and possible solutions, extensive monitoring capacities, and the potential to deliberate about generalizable as opposed to purely sectional interests. The paper seeks to introduce greater doses of realism in a model that has, so far, mostly been confined to abstract, normative discussions. It does so by discussing two themes in particular: the link between associational democracy and neo-corporatism, and the relationship between deliberation - a crucial element in the normative model - and bargaining. While neo-corporatism and associational democracy proceed from very different normative and empirical assumptions (the assumptions of the former being less appealing than those of the latter), many real-world examples of associational democracy are the result of the evolution and transformation of previous corporatist arrangements, and a neo-corporatist core remains solidly at their root. Also, real actors rarely deliberate; they bargain. Yet, not all bargaining is of the distributive kind. There is a type of integrative bargaining that retains many attractive features of deliberation itself, like truthful communication and problem-solving orientation, while falling short of the full array of normative preconditions. This kind of bargaining seems to capture what really happens in associational democratic fora better than the concept of deliberation. 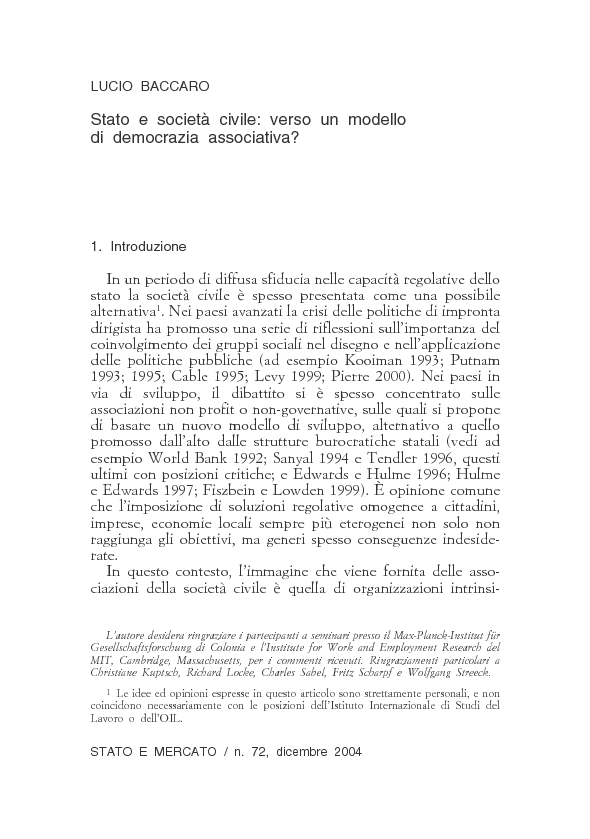