The article examines recent changes in territorial governance in France, the United Kingdom and Italy. The author investigates how local competition goods are produced and allocated in three metropolitan areas (Lyon, Manchester and Turin) and in three local production systems (Roanne, Leicester and Prato), and identifies both similarities and differences among the six cases. On the one hand, these six cases share the rise of a process of political devolution, the emergence of mechanisms of local coordination among different economic and labour policies, the set up of "negotiated policies" and the increasing adoption of contracting-out practices and of public-private partnership. On the other hand, important differences still persist: local governments, agencies, associations and large firms play different roles in the six cases. Analysing the blurring boundaries between similarities and differences it becomes possible to identify four models of economic territorial governance: local statalism for the Roanne case, agency-led governance for the Leicester and Manchester cases, local neocorporatism for Prato and strategic planning for Lyon and Turin. 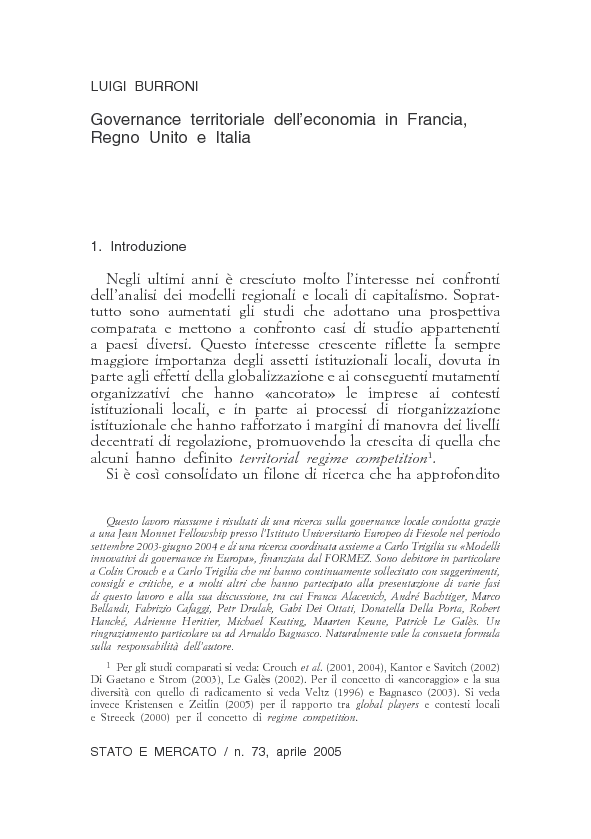