This article provides an overview of the negotiated Nordic labour market regimes and their various paths of adjustment from bust to boom in recent decades. Developed in small, open economies, the Nordic labour regimes are often associated with strong centralised agreements and associations, high union density, and extensive worker representation, which have been embedded in social models based on close interaction between working life policies, the welfare state and macro-economic policies. In leaner forms these features have undoubtedly contributed to the high Nordic levels of mobility, equality and employment in recent years ("flexicurity"), but an often overlooked part of the story is the increased scope for product market competition and the supply-side reforms undertaken in the Nordic countries since the crises in the 1980-90s. Another distinction of the revitalised Nordic models is the growing importance of management-union negotiations and dialogue at the company level. A key argument in this paper is thus that the capacity for negotiated flexibility and adjustment in Nordic labour markets has been critically reliant on the multilevel, single-channel pattern of articulation between centralised coordination and decentralised negotiations linking restructuring, training, productivity and pay issues. 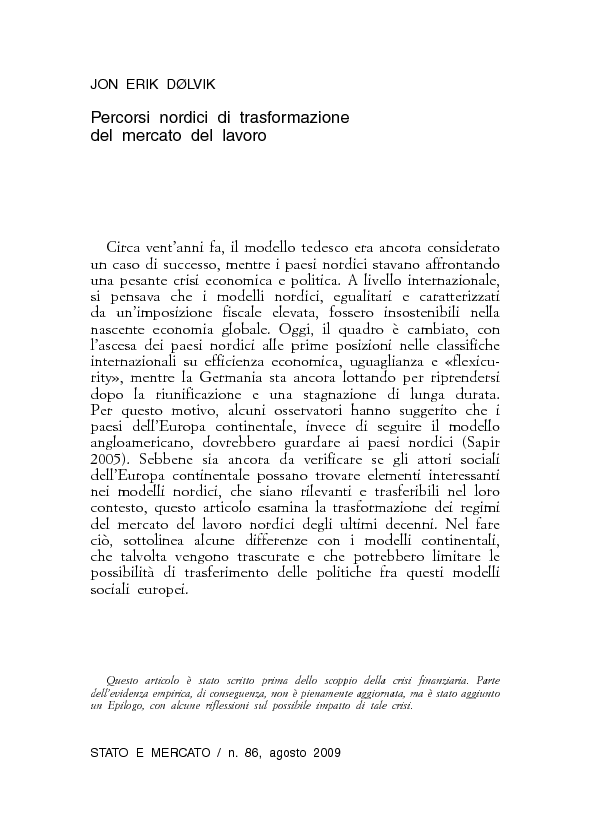