The economic and social backwardness of Southerner regions - the Mezzogiorno - has been a long lasting problem of Italy since the Unity of the country. After the Second World War, Italian governments tried to improve economic development through special policies. At the same time, welfare benefits were extended to citizens through public transfers. On the whole, a remarkable amount of resources was redistributed, but the results were not satisfying. The paper argues that the main causes for this failure are not economic. They are rather to be found in a peculiar combination of a weak civic culture with a local polity based on the extended use of patronage. Therefore, the increasing resources coming from the central government were largely used to provide incentives and subsidies that supported inefficient activities, without improving local environment through collective goods (infrastructure, services). Although there are differences among the Southerner regions - and in some of them sound economic activities have developed - economy and employment remain largely dependent on politics. In addition, organized crime took advantage of this form of 'political capitalism' to extend its influence on the economy. The paper concludes that institutional settings at the local level are the main obstacle to an autonomous development. However, the responsibility of central governments in establishing a kind of perverse political exchange is not to be overlooked: public transfers without effective control on their use, in exchange for electoral and political support from Southerner political élites. 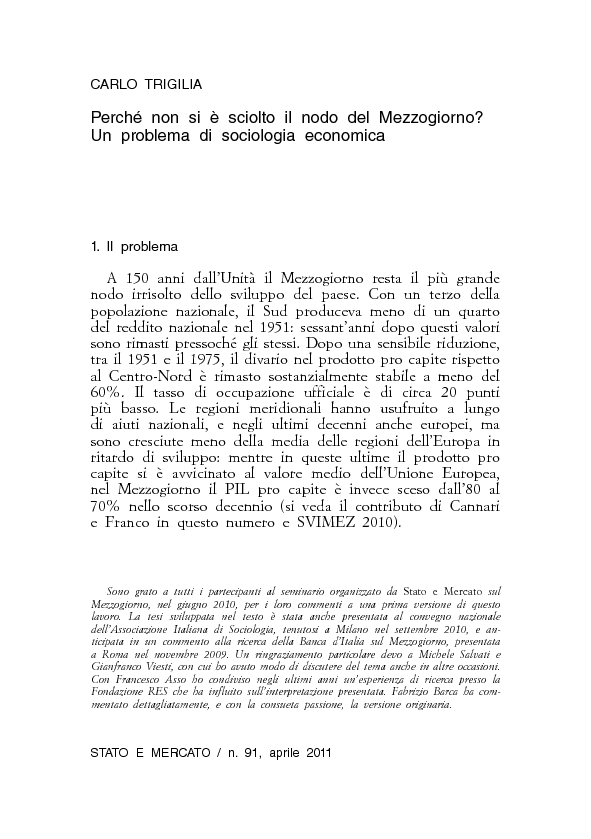