In this paper we revive the analytical distinction between risky choice settings, in which we have reliable probability distributions based on past observations, and choices made in the face of uncertainty, in which probabilities are either unknown or unknowable. Many political economists assume that we live only in a world of calculable risk. We contest that view in this article. Political and economic agents make many of their most important decisions under conditions of uncertainty, or in ambiguous situations that mix risk and uncertainty. Absent reliable estimates of calculable probabilities, social conventions or technologies, such as risk management models, are indispensible for agents to function in a world in which they must make potentially enormously rewarding or costly choices. We demonstrate the empirical payoffs of a analytical approach that makes room for both risk and uncertainty by drawing on the writings of a financial market insider, George Soros, and by analyzing decision making in the US Federal Reserve. 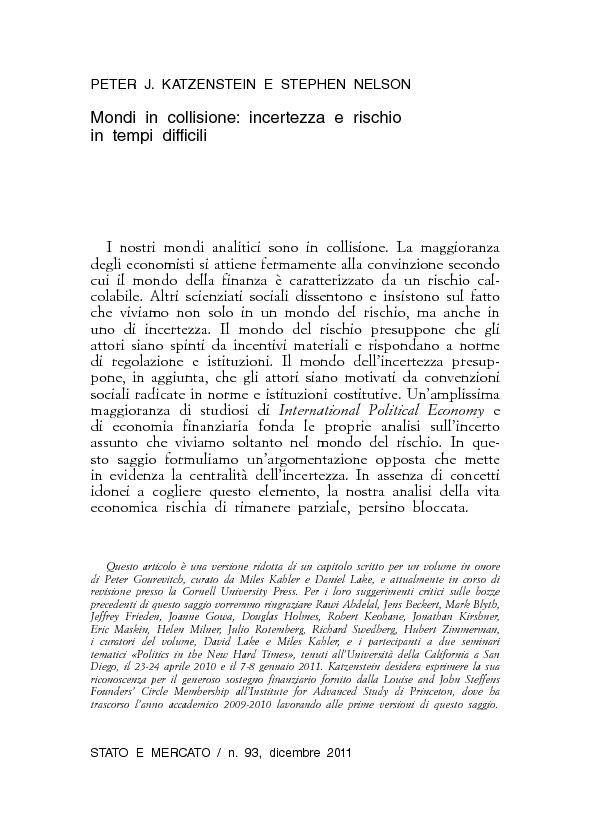