This paper's focus is the dynamism of smaller centres of high technology industry such as university city-regions, with Oxford as an exemplar. They are the locus of technological change, defined as an increase in the accumulated body of technological knowledge and the number of firms (large and small) which possess and use this knowledge. The dynamism of such city-regions results from systemic, contextual variables comprising physical and human resources, plus large firms represented in the region and/or which have the power to have an impact on other local firms. The paper identifies how different combinations of contextual variables and mechanisms of agency at various stages in the Oxford city-region's high tech economy's development have contributed to its dynamism. It explores internal dynamics in relation to external forces, picking up on tensions in the system. It argues that in this city-region, the variable that is most closely associated with its dynamism is its highly skilled labour market which is interrelated with its strong entrepreneurial capacity, the defining characteristic of the city-region. It is shown that the quality of the labour market is particularly associated with other contextual variables, particularly public expenditure on education, health and research and development. The first part of the paper reviews explanations for the diversity of types of regional economies and therefore how their dynamism is affected by the interrelationship between context and agency. Within cities and other regions forces operate in response to newer stimuli and opportunities, for example those offered by technological change and national government incentives. The second assesses the nature of dynamism in the Oxford city-region's high-tech economy. 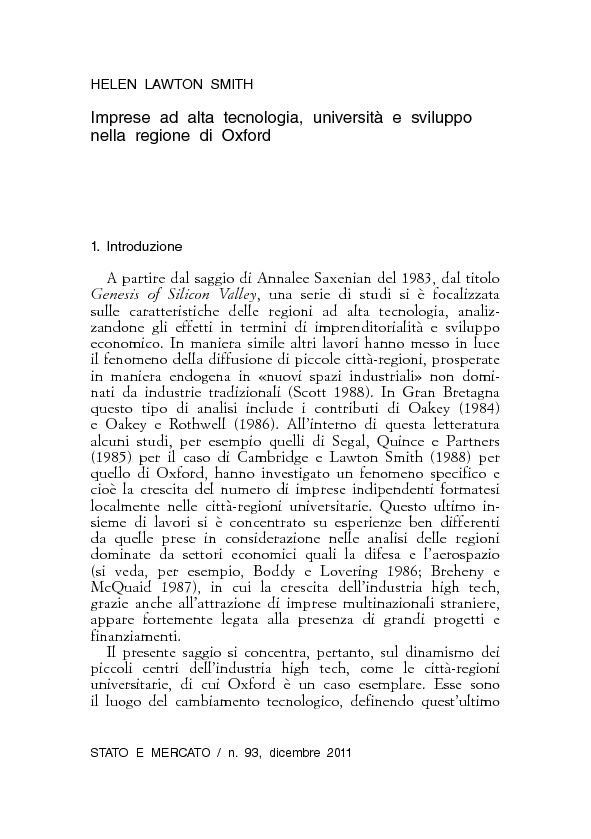