Social capital is formed by a special category of social relations, in which durable mutual identification of the participants, reiteration, and some form of reciprocity or trust are possible. Exchange relationships do not generate social capital except when the quality of the commodities is not immediately ascertainable, as Akerlof has shown in his theory of the "market for lemons". According to the different conditions for its production two forms of social capital can be distinguished: a) social capital based on "solidarity", when social capital is made possible thanks to the presence of a cohesive group capable of giving assurance that its members who enter into a relationship with others will not defect; b) social capital based on "reciprocity", when the presence of a cohesive group is not necessary. In this second case motivations for the occurrence of reciprocity can be detected, some based on self-interest, some not. Rational choice theory is therefore seen as not providing an adequate account for the occurence of this phenomenon. A micro-foundation based on the notion of "mutual recognition" (and of the corresponding phenomenon of "deficit of recognition") is proposed as an alternative to the three main current theoretical attempts by Bourdieu, Coleman and Portes to explain the nature of social capital. 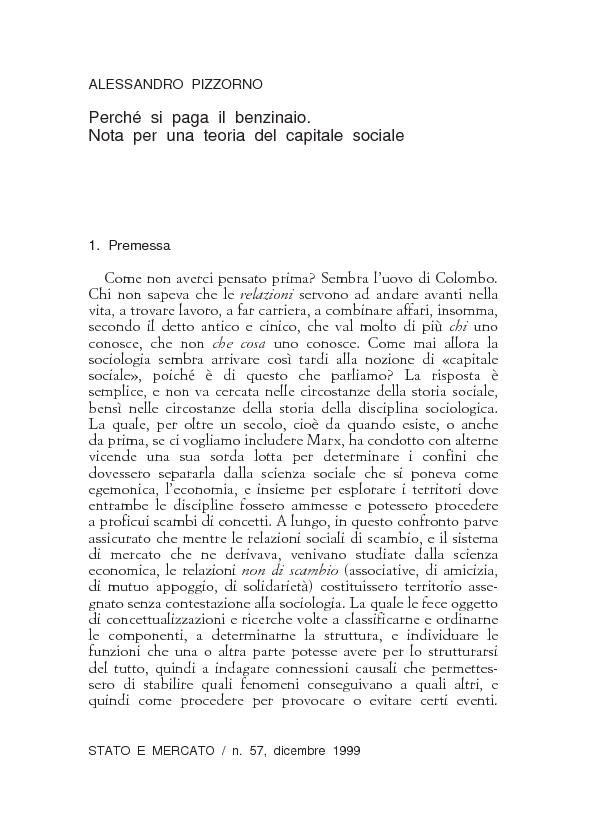