This paper suggests that all the models of industrial relations, not just the more "statist" ones, have been characterized throughout their history by complex and sometimes troublesome relationships with the state. These models have always been conditioned, and in certain sense shaped, by the latter's more or less direct intervention at the moment of their formation and as they have expanded or declined. An intervention which is also influenced by the nature of economic problems that national political economies have to cope with. Such difficulties of relationship are to a large extent due to the fact that political regulation and regulation through industrial relations only partially overlap in their goals and contents. More frequently they compete with each other and have methods and logics that tend to diverge. Whereas decisions are taken by majority principle in the political sphere, in industrial relations they can only be taken unamimously - and especially so in collective bargaining. State intervention as a whole may assume the form of four different, not mutually exclusive, types of tasks or activities, with reference to the industrial relations actors, goals and issues: tasks of admission or promotion, exclusion, correction and definition. The various models of industrial relations (pluralist, "neo-liberal", neo-corporstist, statist) are mainly differentiated by the prevalence of one or other combination of these state activities, as it is shown by the brief review of the different periods/models of industrial relations in the second Post World War era, with particular reference to European and north-american countries. 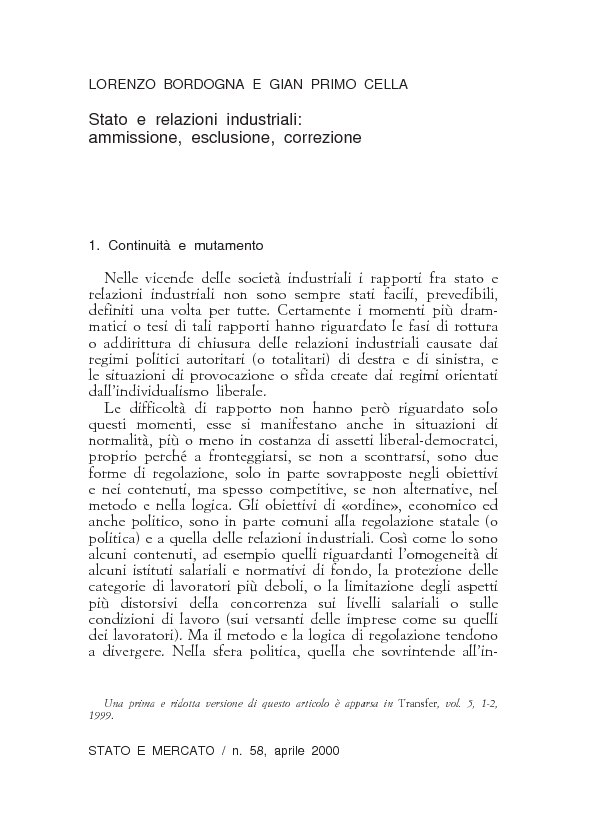