In the past two decades Italian regions have gained autonomy in managing public expenditure, while their political system was reformed. In order to explain the persistence of the gap between North and South in relation to the quality of public services, literature has returned to focus on social capital, debating on the mechanisms through which social capital influences the quality of public services. The article compares two sectors (public health and vocational training) in a context (the Sicilian region)characterized by lack of social capital and weak performance of public institutions. Focusing on the nature of the existing causal relations, their variation over time and sectors, the article traces the processes through which social capital influences institutional performance. It is shown that neither the public expenditure expansion cycles nor changes in the analyzed policies can be explained directly by a diffuse civic culture or by electoral behavior, as it would be expected by a culturalist approach to social capital. On the contrary, they can be related to the political context in which political decisions were taken, and they support the hypothesis of an autonomous role of politics in explaining institutional performance. 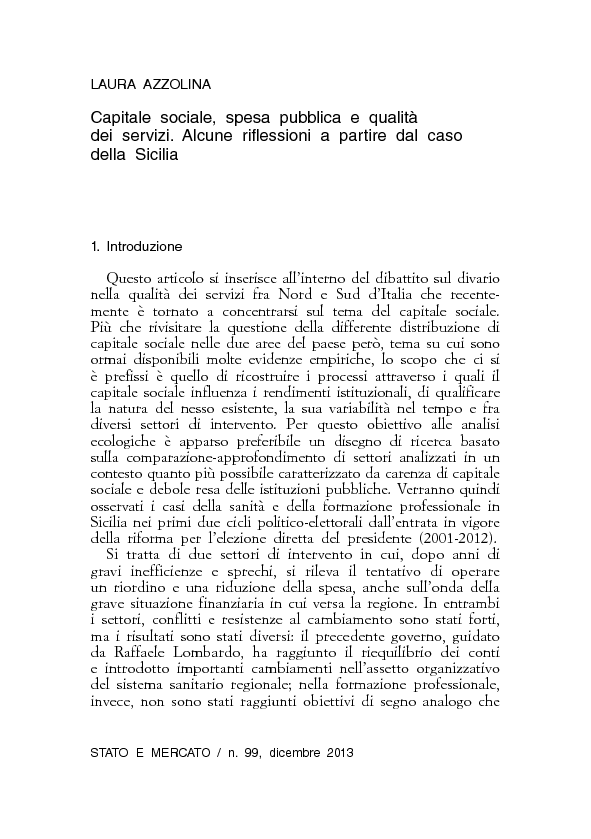