Since the early Eighties, "Stato e Mercato" has been the promoter, in Italy and in Europe, of the development of an original analytical approach called "Comparative Political Economy". A current of studies that analyses the relationship between economic and socio-political phenomena and their modes of regulation and institutionalization, in a comparative and interdisciplinary perspective. In particular, "Stato e Mercato" has contributed to the development of a "non-neoclassical" approach to political economy, that pays attention: a) to "non-economic factors" that condition economic actions and outcomes; and b) to "historical factors" that shape the economic trajectories of different countries and varieties of capitalism. The journal's articles have mainly contributed to the analysis of the "thirty less glorious" years of capitalism development, when some of the features of the "trente glorieuses" have gradually turned into their opposite. To celebrate the issue 100 of "Stato e Mercato", we have invited some scholars, who have accompanied the birth and evolution of our journal, to reflect on the evolution of capitalism over the past three decades and on the challenges it faces today. 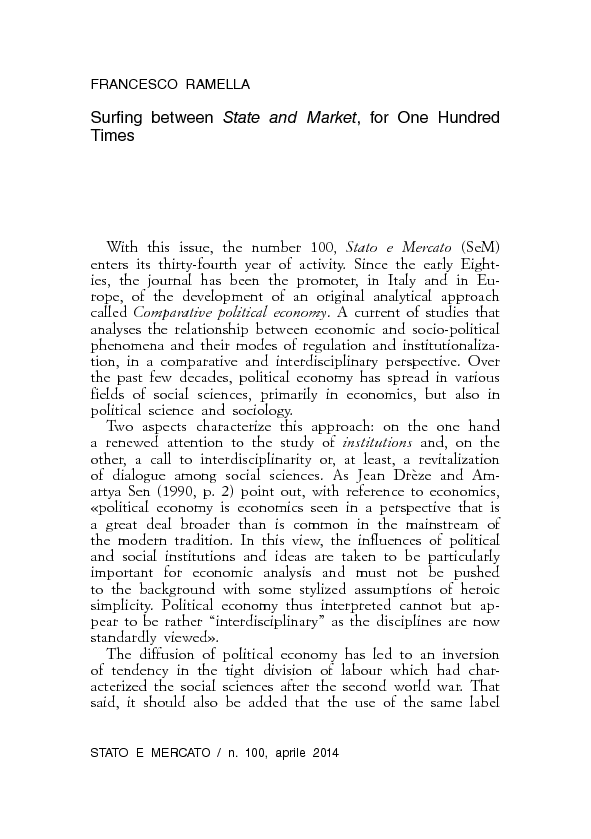