Economic theory holds that the opening of the countries is important to promote growth and well-being of national economies, as it allows for greater specialization and a better allocation of resources. Positive gains from trade are definitely expected, but the distribution of these between countries and between different economic agents is not necessarily uniform and efficient. Even the most recent economic models on international trade with heterogeneous firms clearly show that international openness impacts positively on productivity and hence on the welfare of countries, but it redistributes income and resources across firms and sectors, potentially leaving some worse off, and not guaranteeing always the desired outcomes. In this context, trade agreements between countries can play an important role. Indeed, trade agreements should ensure greater and easier integration of markets, with the resulting benefits that this entails for businesses and for the users of goods exchanged. Also, if properly conceived in terms of «rules of the game» between the countries involved, trade agreements can reduce or minimize any potential negative side effects, such as the risk of a race to the bottom on some standard, or an excessive concentration of market power for some businesses. In the current environment, it is important to emphasize that a trade agreement can no longer be the simple removal of tariff barriers between countries, but it requires the introduction of a series of other measures to enable the effective integration between production systems and markets. 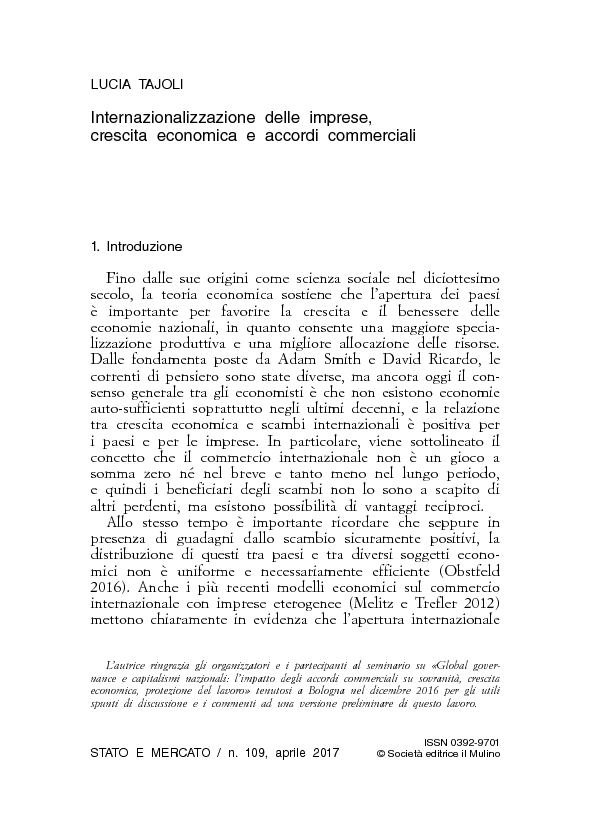