The article discusses the prospects of international trade and investment agreements in the present state of emerging criticism of globalisation, with an emphasis on growing inequality and economic difficulties, and a shift towards a stronger protectionist stance in the public and political debates. Although public opinion surveys show that a significant share of European Union respondents fears the negative impact of globalisation on national identity, still a majority regards the internationalisation of markets as beneficial for economic growth. Such potential contradiction and the great variability of positions across countries create scope for opposition parties and movements to catalyse support around demands for the protection of national interests against globalisation. However, the prospects for concrete breakaways from international markets remain questionable, for the costs involved, while more symbolic defections may still be pursued. The article argues, however, that the same policies advocated by the critics of globalisation would serve the national interest better if implemented in an open economy. Moreover, changes in the policy climate are broadening the room for expansionary domestic economic and social policies and for the reform of key globalization tools, like international investments agreements, in ways which could make globalisation more inclusive and contribute to find a solution for the Dani Rodrik's trilemma of international economic integration. 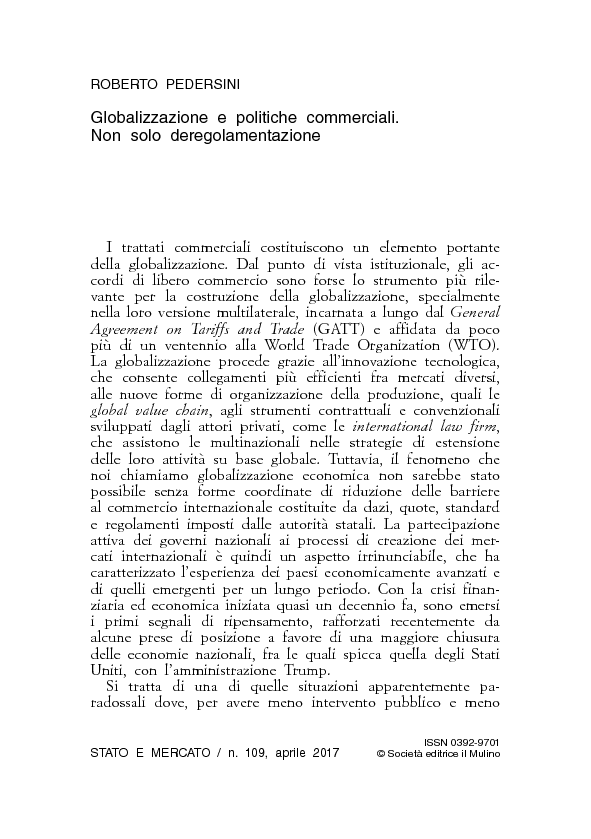