Only democratic countries can become members of the European Union, but the Union itself suffers from a "democratic deficit". Thus, the European Parliament is directly elected, but lacks the basic powers of national parliaments. By contrast, key institutions like the European Commission, the Court of Justice and the European Central Bank, are non-majoritarian. The paper shows that the paradox of a union of states which requires its members to be democratic but is not itself fully democratic, is more apparent than real. It also argues that, absent an European "demos", an European super-state would be unable to produce all the public goods, especially income redistribution and generalised social services, which people expect of a modern welfare state. The real paradox of the European Union is not the contrast between its own democratic deficit and the democratic requirements for membership. Rather, the paradox is that the essentially non-majoritarian nature of the integration process has significantly improved the quality of democracy at the national level, for example by prohibiting any form of discrimination, particularly on the basis of national origin, or gender. Such prohibitions are directly effective and hence can be invoked by the citizens even against their own governments. 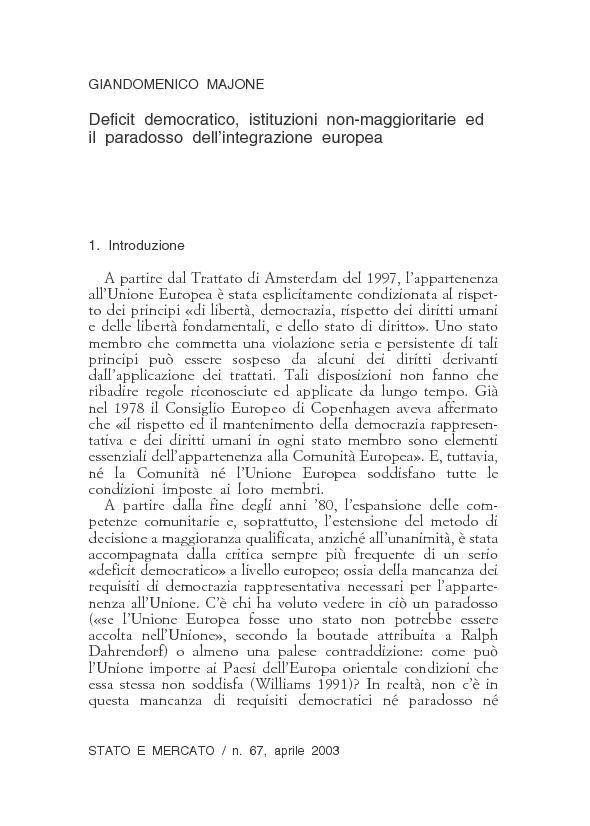