In the first part, this article examines the new trends in the regulation of work brought about by recent changes in the economy. Contrary to received wisdom, what is taking place in most European economies is not a generalized employers' attack on negotiation as the key normative source in the field of work. Rather, it is the growth of individual or small-group forms of bargaining on the one hand and of tripartite agreements on the other. These are forms of negotiation different from traditional collective bargaining, that reflect the changing interests of key sectors of the workforce, as well as the changing role of the state. The implications of this analysis on the strategies available to organized labor are discussed in the second part. The greatest threat faced by trade unions in advanced economies is the widening gap between their traditional strategies and the interests and demands of the core sectors - the more highly skilled, and the employees with greater market power in general. Hence, European trade unions can hope to reverse the de-collectivization of bargaining only if they can show these groups of workers, as well as employers, that collective action may still be the best solution to their respective problems. The only way they can do this is by focusing on the positive functions that they can play in economic development, namely by organizing workforce cooperation, by contributing to its skill formation, by coordinating wage dynamics and by enabling labor markets to work more efficiently. 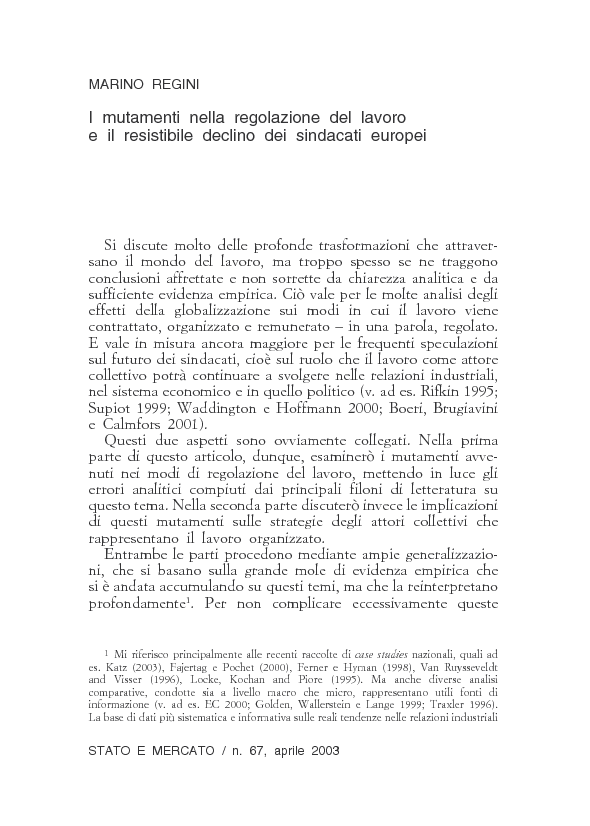