The paper investigates the concept of populism, and the political phenomena this terms tries (imprecisely) to identify. First, populism implies 1) the existence of one people, 2) that this people defines itself through borders, 3) that these boarders separate the people from the «others». Second, at the base of the populist discourse is a radical criticism to representative democracy, which takes the form of appeals to direct democracy, and to the identification of the people with the leader and of the leader with the people, without any form of mediation. Third, the social bases of populism are different among different populisms, but have in common the perception of being «periphery» and express the growing discomfort of the peripheries. Lastly, populism is a form of communication which can penetrate all political orientations. If they want to keep support, all parties and leaders have to access a certain degree of populism, which is imposed by the very same political arena in which they operate. 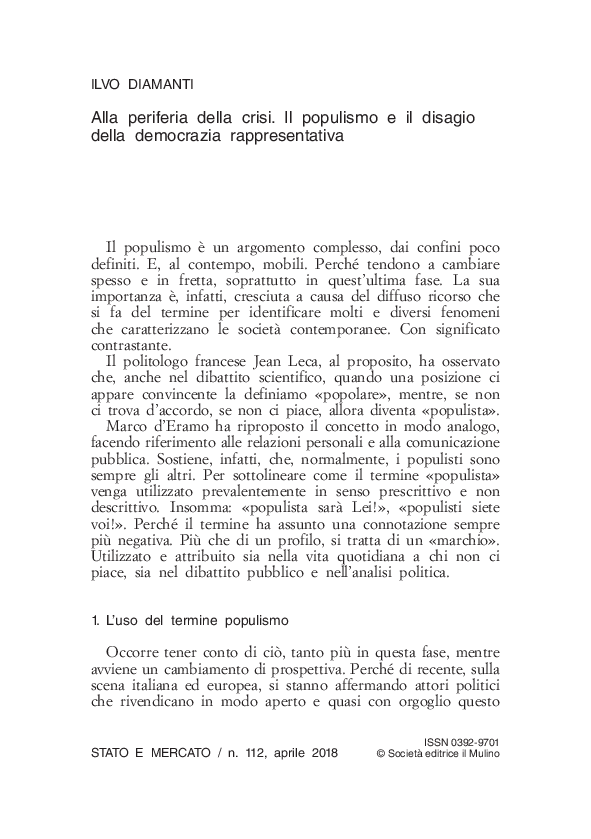