During the twentieth century, the Liberal nation-state turned into the mass democratic Welfare state, which then became a Member state of the emerging European Union. To what extent is Weber's state theory - which has been so influential within political studies - still pertinent for analyzing these two momentous transformations? This article proposes a neo-Weberian reinterpretation of the democratic welfare state as a novel form of political domination, characterized by a distinctive political logic and legitimation dynamics. It then analyzes the impact of EU membership on such characteristics, highlighting the supremacy of of the market logic and discussing the obstacles for the emergence of a specifically political EU .reason.. 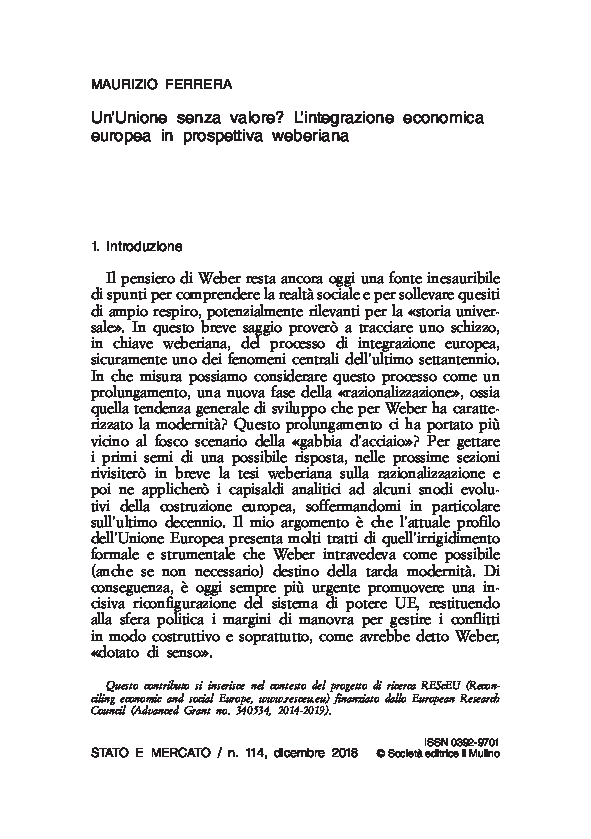