The increase of income inequality, begun in the '70s in the US and the UK, and since then extended to almost all developed countries, as well as the financial crisis of 2007-2008 and the ensuing debt crisis, have put the issue of socio-economic inequalities under the spotlight of both public debate and scholarly research. In this process, inequality research has seen a convergence of substantive issues and technical tools over disciplines, and a general increase in the interest on wealth inequality, an issue for long neglected, not only for lack of data. This paper contributes to this debate by studying income and wealth in a social class perspective, thus building a bridge between macro-economic inequality research and sociological stratification research. Using income, wealth and occupation data from the Bank of Italy survey (SHIW), the paper looks at the levels and trends of income, net wealth and economic security (as measured by the ratio between net disposable wealth and monthly consumption) over social classes, from 1991 to 2016. Results show that (i) wealth inequality is much wider than income inequality; (ii) the between-classes component of both has been increasing over time; (iii) the class who lost more in the process is the working class, while the distances between the upper class and the middle classes has been substantially stable. 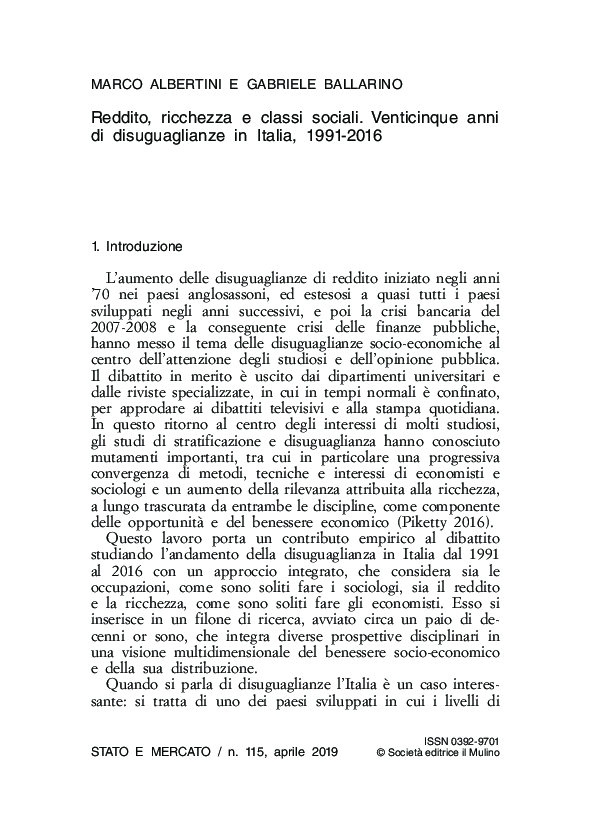