Comparative welfare state research is inter-disciplinary par excellence! Relative geographical proximity to objects of scientific inquiry, however, invoked subtly diverse traditions of research on EU welfare states on both sides of the Atlantic. This article surveys the rise of social science institutionalism to paradigmatic hegemony in the field of comparative welfare state research since the late 1980s, while highlighting the European twist to welfare state research in comparison to American approach on the same topic. What stands out for the EU context is that, since the 1990s, a number of European welfare scholars engaged with EU institutions and national governments in social investment agenda-setting. Academically, American research maintained the upper hand on theory and methods. Open institutionalism in empirical research (and policy advice) continues to prove indispensable to effectively exploring and explaining transformative two-level European social policy change over the past two decades. However, despite a robust empirical research track record, welfare state open institutionalism has recently had to face a revitalized behavioralist counter-revolution in both sociology and political science. The outbreak of the Covid-19 pandemic, and its associated strong comeback of the competent state as a core political agent, is seemingly giving open institutionalism a new lease in academia. 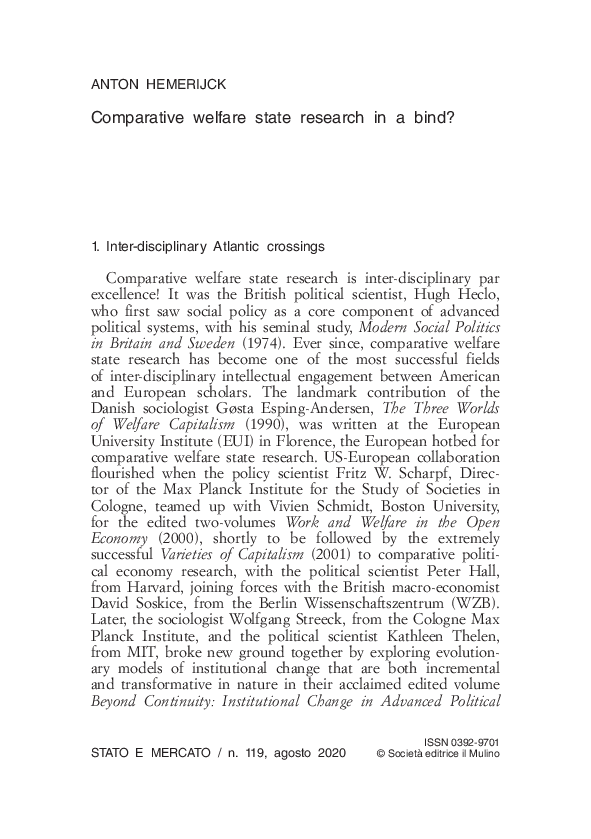