Over the last fifteen years, and especially following the economic crisis, the Southern European states have introduced a large number of reforms, on the one hand, to increase their competitiveness and encourage economic development and, on the other, to rationalize the «state’s side» of the welfare state, so as to reduce their public spending, as required by the austerity policies. Justice is certainly one of the state sectors which has been deeply impacted by the reforms adopted in response to the influences exercised by European Council, Commission’s Directorate-general for competition, Troika, European Court of Human Rights, and European judicial networks. The paper, which focuses on labour justice in Portugal, Spain, and Italy, analyses, from a quantitative point of view, the effects of this long «season of reforms» both at the macro (national) and meso level (judicial districts). This choice is driven by the desire to compare three states characterized by a high internal and external independence of the judiciary – the so-called Southern European Model – and, at the same time, to highlight the impact of different levels of organizational autonomy enjoyed by the local territories. The fundamental hypothesis of this paper is that the reforms introduced in recent years – both on the supply and demand side of justice – have, on the whole, increased the efficiency of the judicial systems, but have not been able to reduce the inequalities, in terms of citizens’ opportunities to access to justice. The article, which fills a gap in the literature on these topics, discusses the variables that may explain the persistence of the territorial differences and proposes to re-define the very way of conceiving and practicing the governance not only of the justice systems, but of all the public structures. 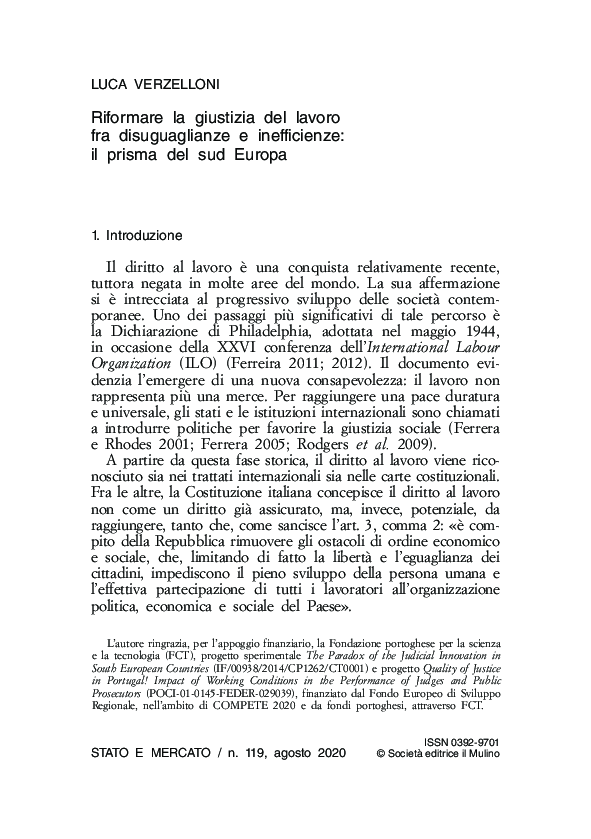