The paper aims to study the current transformations in trade union action by focusing on the meat processing industry in Italy, a sector characterized by a high share of atypical and subcontracted labour. Based on qualitative data collected inside two plants, the paper addresses the processes of labour force segmentation, according to axes such as employment contracts, workers’ nationality, skin colour and gender. Secondly, the paper analyses trade unions’ strategies to cope with these labour force fragmentations. By looking at the nexus between labour process and forms of organization, the paper singles out three approaches. These approaches, underpinned by unions’ understanding of labour market restructuring, epitomize different strategies to organize and mobilize labour. In conclusion, we argue that these conflicting approaches, although oriented towards enlarging unions’ membership and representativeness, actually embed, and thus contribute to strengthen, labour force segmentations in workplaces. 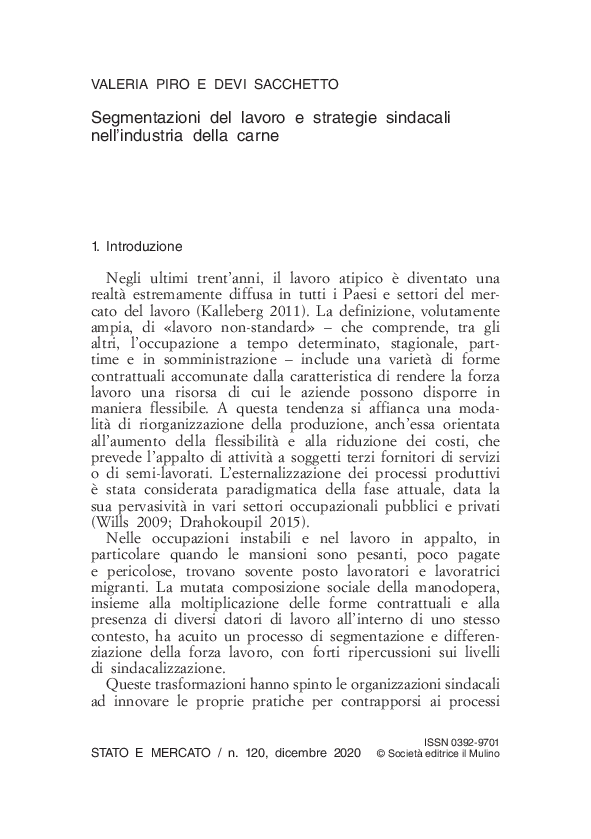