If the EU is no longer an international organization, what is it? The article argues that the EU is a compound democracy, because it is organized around a multiple separation of powers (vertical as well as horizontal) and functioning without a government (as a single institution). If this model of democracy has no equivalent in contemporary Europe, however, it was elaborated and pursued on the other shore of the Atlantic, namely in the United States. After all, the US grew out of the need to aggregate different and separated states, jealously preserving their own specific cultures and distinct social and economic structures. Also in the US, the democratic process is organized around a multiple separation of powers (vertical as well as horizontal) and functions without a government (as a single institution). If this is true, then the EU is not an exceptional system, but a species (although not yet fully developed) of a genus, represented by democracies built around the need to aggregate asymmetrical state units and communities of interest. Then it is necessary to investigate the political theory of a compound democracy, as it was elaborated in the US during the constitutional debate of the founding period, with the lens of the political experience developed afterward. This scrutiny offers useful indications for the EU. A compound democracy has both strength and weakness. The former lies in its capacity to constrain majority factions which could jeopardize the legitimate rights of the states, communities of interests or individuals constituting the compound. This strength comes from the territorial extension of democracy and from the protection, in terms of veto powers, enjoyed by its separated institutions. The latter lies in the fact that governing without a government makes it difficult to take coherent and responsible decisions, especially when the context requires them. Here the "responsibility dilemma" of a compound democracy. 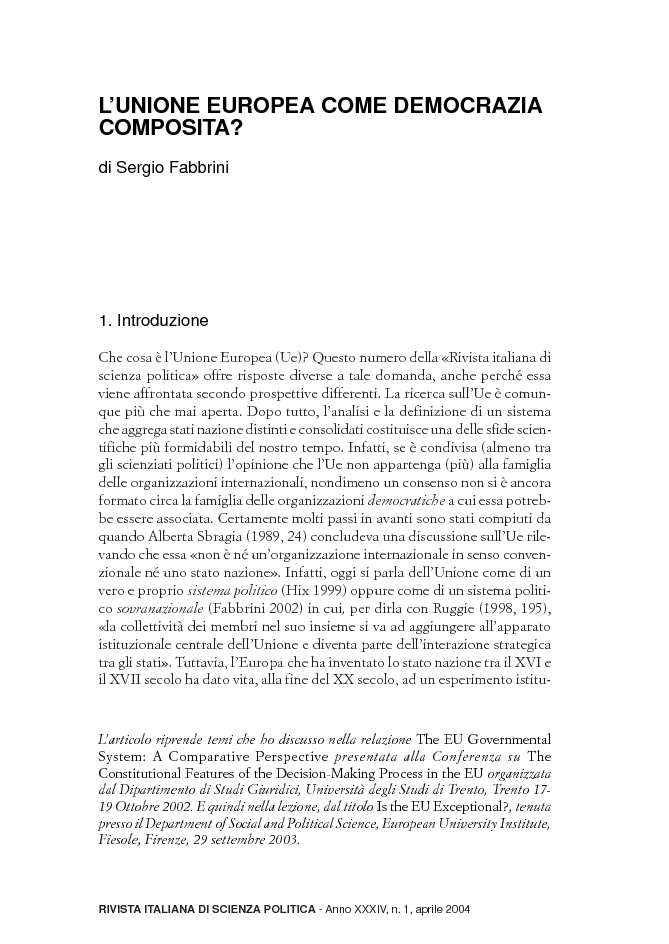