After a long silence, hegemonic theories have drawn attention to international change. Nevertheless, because of their relationship with the debate on the American decline, hegemonic theories have focused on a particular kind of international change - the rise and the decline of world powers - while ignoring all the others. Their main feature is not the often criticized link between order and hegemony, but a particular idea of the international order as a unique, and naval, order. This notion of order is too narrowly focused on seapower to explain the bulk of the contemporary international change, from processes of fragmentation to regional reaggregation, from ethnical and national revival to region-building, from underdevelopment to the collapse of states and whole regions. The outcome is that the existing theories of international change concentrate their attention on something which has not happened, while none of them provide a convincing explanation of the new world disorder. 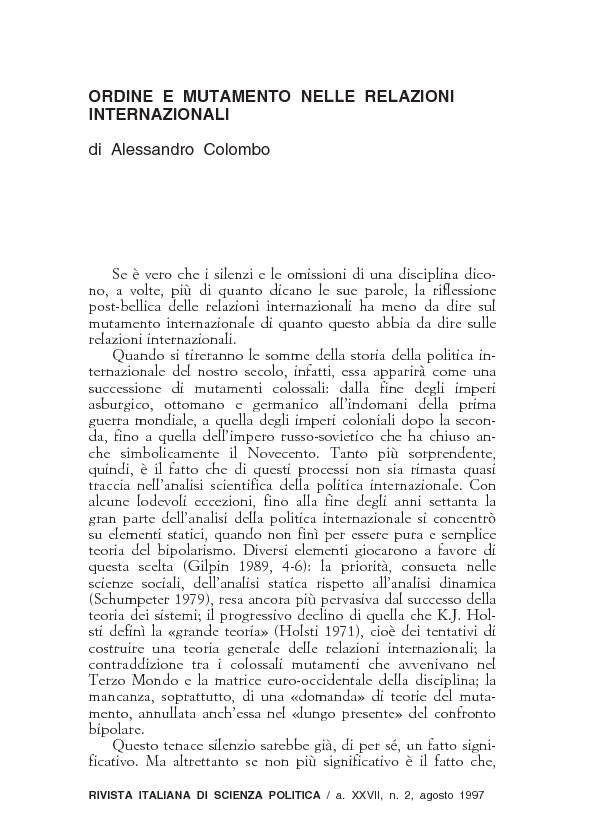