The article discusses the issue of the persistence and change of the cleavage structures in Western European party systems. The question is addressed by distinguishing the structural, cultural and organizational components of the concept of cleavage. From the structural point of view, the author hypothesizes that the new middle class is increasingly polarized between managers and socio-cultural specialists, the former holding "right-authoritarian" values and the latter holding "left-libertarian" ones. This hypothesis is discussed in consideration of the fact that career choices may be determined by values, and that also the generational, religious and urban/rural components may have an impact on values. An empirical test, based on votes for the left declared in the Swiss National Election Survey 1995, shows the differences in the patterns of relationship between structure and culture in cantons characterized by different traditions as far as the organizational aspect of the cleavage structure is concerned. Where the traditional cleavages are more enduring, it is less likely that the new cleavages come to the fore of the political arena. Confronting the three levels of analysis, it emerges that there are some structural basis for the emergence of a new cleavage within the new middle class, but that further conceptualizations and further analyses will be necessary in order to clarify the link between the structural component and the impact of values on left voting. 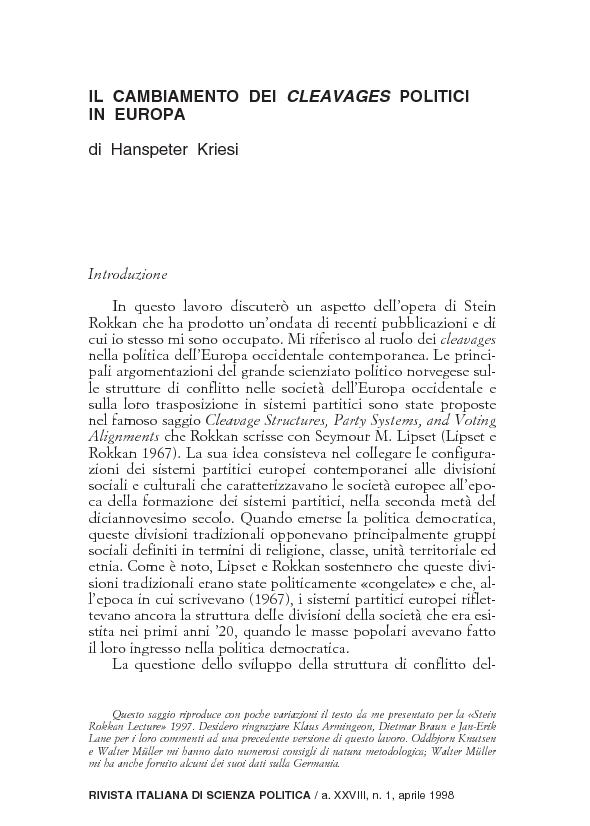