European integration (as well as other instances of shifting of power from the nation-state to supranational levels) has raised hopes and concerns for its effect on power distribution among different actors, and in particular the presence and role of the civil society. Focusing on the Europeanization of political mobilization and communication, this article addresses the specific problem of the formation of supranational public spheres. Looking in particular at the Italian mass-media, on the bases of a systematic coverage of four daily newspapers between 1990 and 2002 and semi structured interviews, the authors argue that various forms of Europeanization of the public sphere are indeed on the rise, with a growing presence of not only purely European actors, but also of European targets and frames. Comparing the presence of institutional and non institutional actors, Europeanization appears to have been in the public sphere traditionally a "top-down" process: in fact the more Europeanized a policy, an actor, a target or an issue scope is, the less civil society actors seem to have access to the public sphere. However, some changes across time emerge, with the development of (contentious) forms of "Europeanization from below". 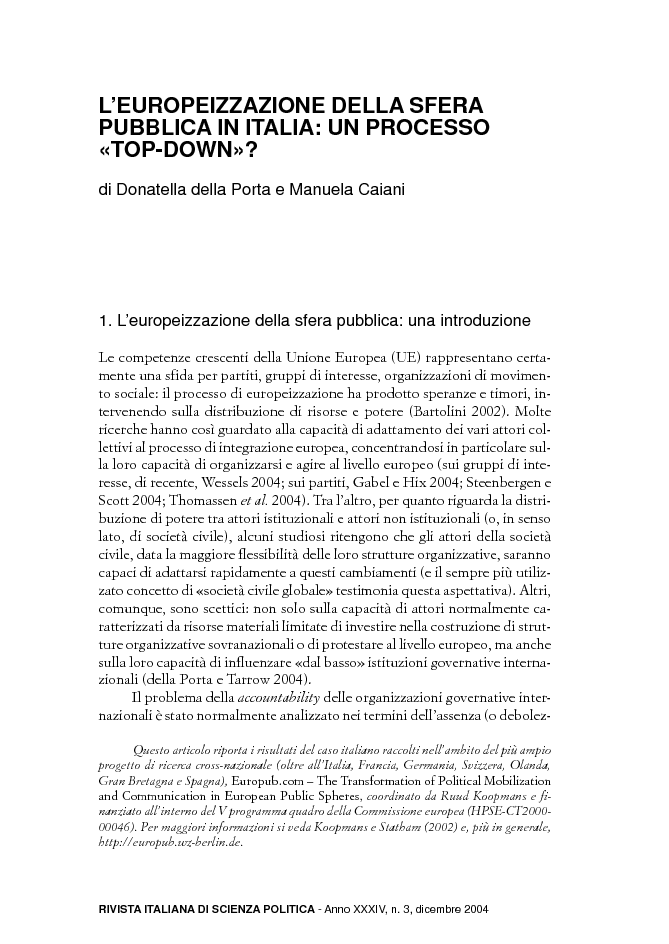