This article evaluates the explanatory power of liberal intergovernmentalism applied to the empirical record of the negotiations of the Constitutional Treaty during the 2003-4 Intergovernmental Conference. Empirically, this research focuses on the four largest states - Germany, France, Britain and Italy - and on two core parts of the Treaty, namely, the institutional framework of the EU and the Common Security and Defence Policy. It is argued that the theory under review provides a useful theoretical point of departure to analyse constitutional bargaining within the formal setting of the IGC, although its rationalist account of national preference formation, as currently formulated, is inadequate to fully explain how such preferences were defined. Once formulated, these preferences were negotiated by national governments largely according to instrumental rationality, and the final outcome reflected the dynamics of the negotiations and the distribution of preferences and resources. 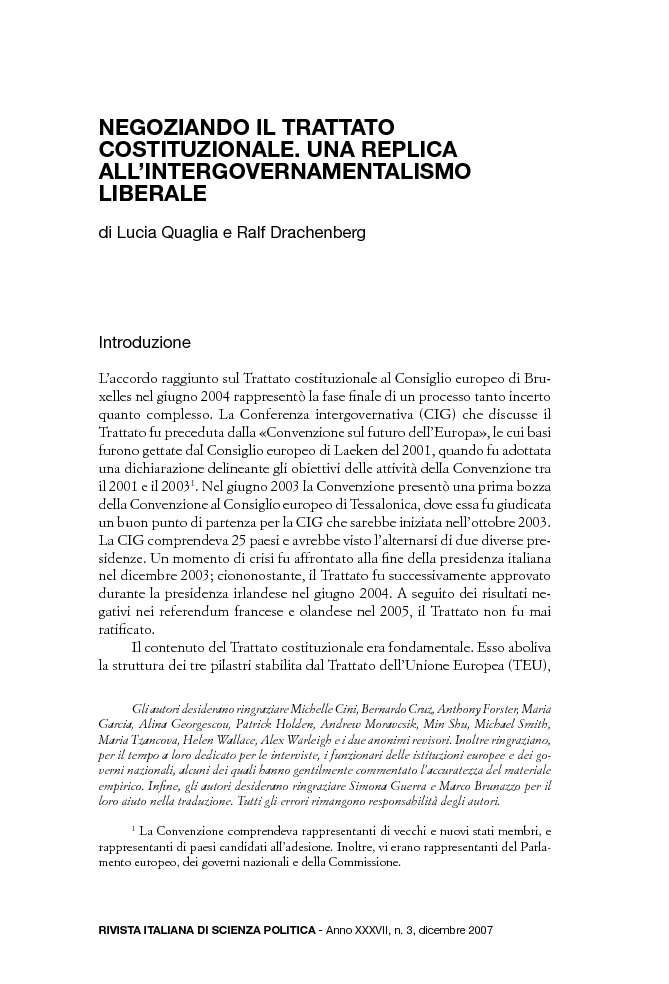