In the aftermath of the European enlargement, the judicial systems of the new Member States exhibit a spectacular, and yet not fully investigated, similarity of institutions. Such a convergence toward a neo-Latin model of judicial governance does not correspond though to a similar pathway in the adoption of the judicial reforms after the fall of the communism. Moreover, similar strategies of modernization have been adopted in the judicial field by all candidate countries, in particular with respect to the court administration and the introduction of information communication technologies, right before the accession into the EU. Whereas the policies enacted by the EU during the enlargement have been widely studied, the parallel - and, as the article is going to demonstrate, intertwined - policy of judicial cooperation has been much less explored by scholars. This article tries to reach a better understanding how these two policies are intertwined. It points out the logic of change that drove the main judicial reforms in the post communist countries, the mechanisms of influence and the consequences of the European standards of quality of justice that have been used to address both new and old member States in the judicial field. In the last ten years European institutions have been leading actors in setting down standards and in creating windows and arenas of international communication and socialization, which one may expect have great impact upon the way justice will be administered in Europe in the very next future. 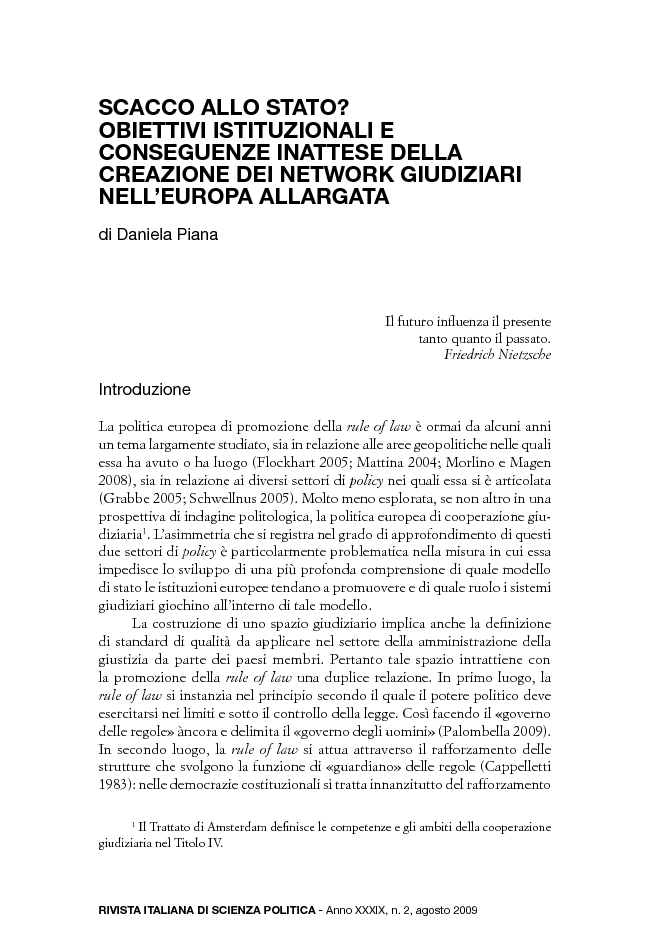