This paper studies Nato burden-sharing in the contemporary international system. By focusing on Nato operations that involve the use of force, it aims at evaluating whether the nature of security goods Nato produces - purely public or joint products - influences the pattern of members' contributions to the Alliance. The paper has a threefold structure. First, it introduces to the debate on burden-sharing and the role of security goods from the perspective of the economic theory of alliances. Second, it defends why these theoretical tools seem useful to study the problem of burden-sharing in the contemporary system. Third, it carries out an empirical research on members' «fair share» of Nato operations in the Balkans (Deliberate Force and Allied Force Operations; Ifor-Sfor; Kfor), and in Afghanistan (Isaf). The research results show that the smaller allies' contributions are often bigger than their «fair share»; and that the status gained through membership is very important to explain members' contributions. As a consequence, it suggests that, instead of «exploiting the bigger», Nato allies «exploit those who are able and willing to fight» in high intensity operations; and they «exploit the newcomers» in medium or low intensity operations. The paper sums up that, if this suggestion holds true, one could expect a trade-off between the solution of the burden-sharing conflict and of the decision-sharing conflict in contemporary Nato. 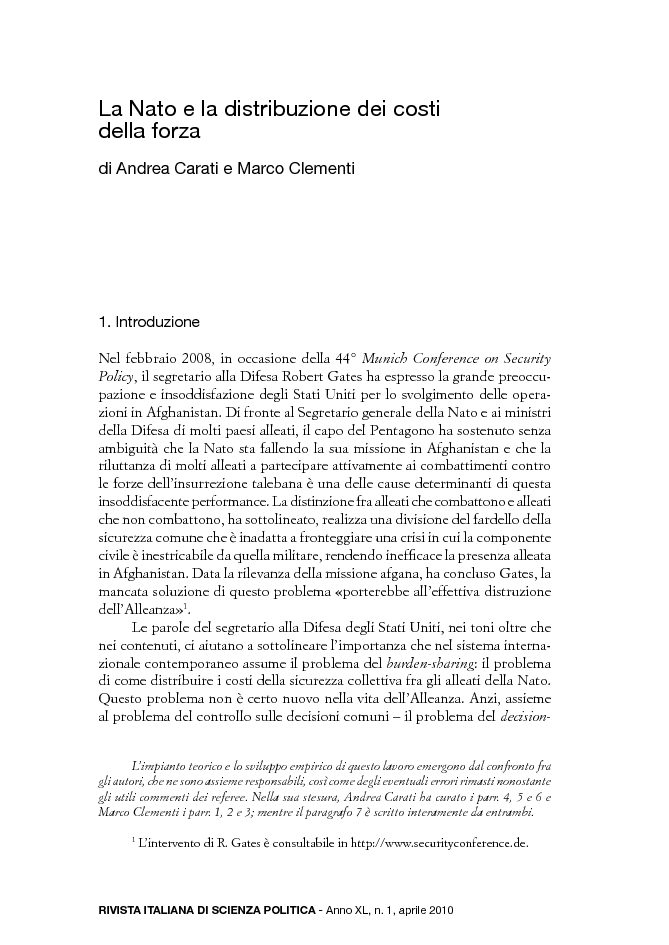