What should be done to improve the European position in the international arena? Since long time both politicians and politologists wondered how to boost European performance in international affairs. The often-prescribed remedy is to build up military capabilities, in a classic realpolitik scheme of diplomatic counterpoise vis-à-vis other Powers, such as the United States. In this paper we make the very opposite point. First, we argue that investing in military capabilities is neither possible nor desirable, due to both domestic and external constraints. Then we go on to describe how the investment in civilian capabilities might rep¬resent a much more fruitful approach to European foreign policy. We lay down a game-theoretical model in order to show the role of civilian power in political bargain with America. Our central thesis is that civilian power can exert a great impact upon transatlantic relations, and be the basis of a growing division of labour among Europe and America. In the second half of the paper we suggest concrete policy prescriptions to improve European civilian capabilities. In particular, we stress the importance of four factors: 1) increasing appropriation of funds for the Esdp missions; 2) a more efficient inter-pillar coordination, obtainable through the Athena mechanism; 3) supranational integration of national forces, e.g. through the European Security and Defense College or the Eurogendforce; 4) a clear division of labour between Esdp and Nato missions, in order to avoid unproductive duplications and conflicts of attribution among states. 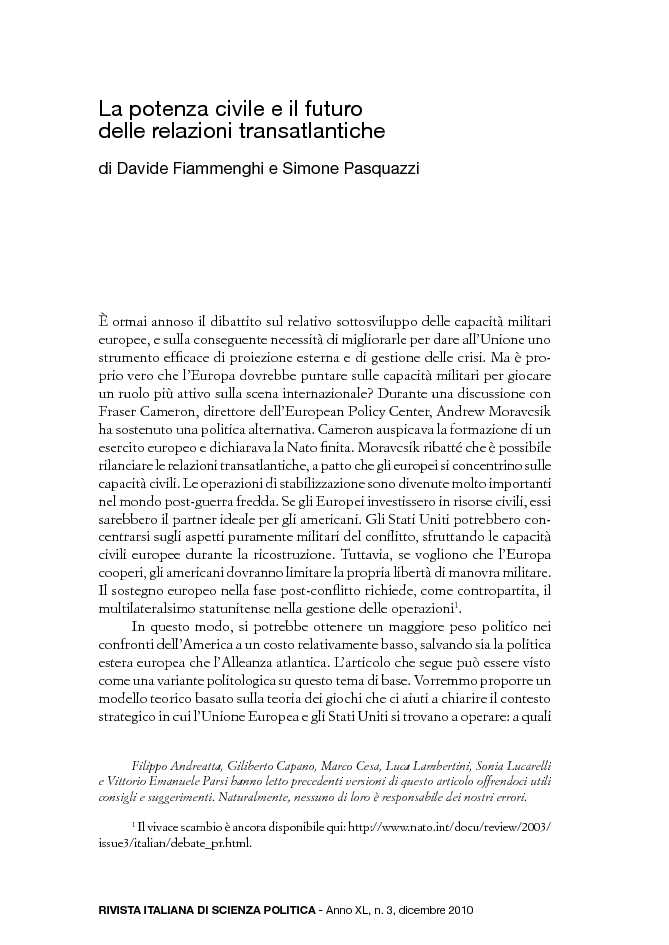