This focus article discusses the recent book by Robert D. Putnam and D.E. Campbell, which has recently won the 2011 Woodrow Wilson Award of the American Political Science Association. Framing this piece of research in the context of the extremely rich and influential work developed by Robert D. Putnam for about fifty years, Sergio Fabbrini illustrates the main findings of American Grace with reference to the recent developments and the assets of the US democracy. Luca Ozzano draws attention to the consequences determined by the relationship between religion and political participation on the foreign policy developments and, more generally, on the complex world of international relations. The third review, by Giuliano Amato, develops a broader reflection on the effect of religions on the current difficulties of our democracies, in America and in Europe, focusing on the notion of post-secular society. Finally, a quick but dense response by Robert D. Putnam highlights the main points from these threefold review, individuating some new possible questions and puzzles for future researches. 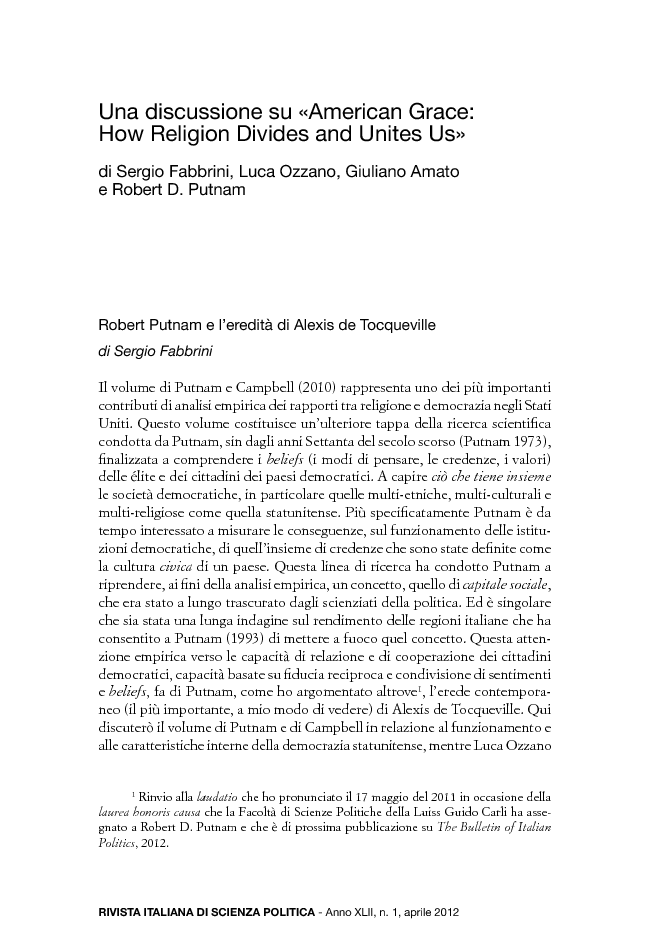