This paper seeks to bring political charisma back into the study of comparative politics by reconstructing the concept and rendering it applicable to empirical research. Unlike previous approaches, the present study examines charisma as a pure power term by focusing on what makes it appear in ordinary democratic politics as an extraordinary phenomenon, namely, its personal (as opposed to impersonal) character of leadership and the pursuit of a politically radical (as opposed to moderate) program. Accordingly, political charisma is defined as a distinct type of legitimate leadership that is personal and aims at the radical transformation of an established institutional order. Such an understanding of political charisma enables us to further analyze the core features of charismatic leadership and construct an «index of charismaticness» ready to be put under comparative empirical investigation. Sampling from post-war and contemporary European politics, a number of charismatic leaders are examined and then contrasted to non-charismatic ones. It is argued that, once reclaimed for political science, charisma may prove a useful concept with surprising analytical potential. Renewed interest in political charisma is expected to offer valuable clues in such important research areas as political leadership, populism, and contentious politics. 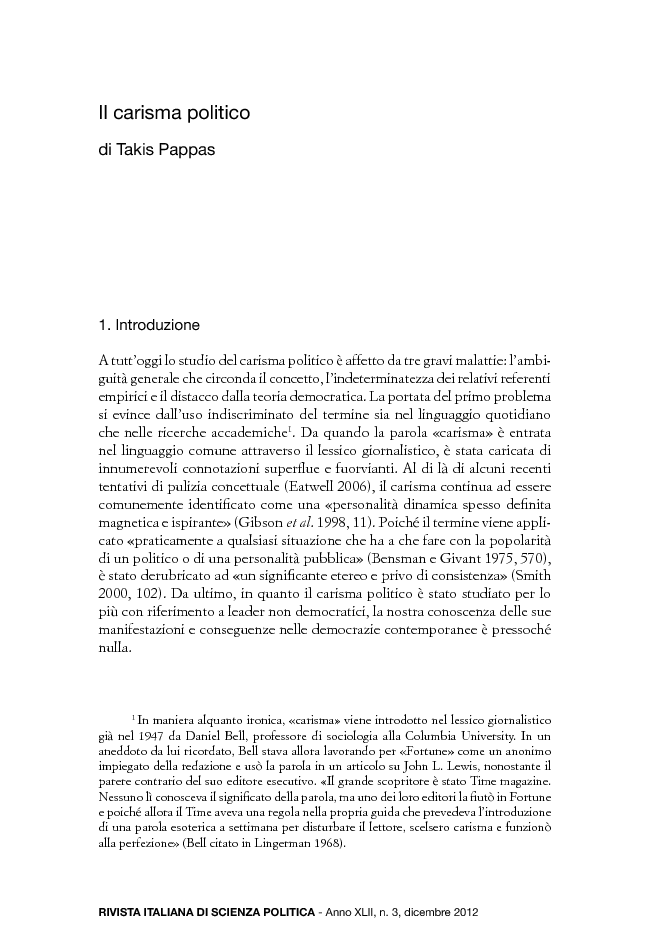