From November 2011 to the elections in February 2013, Italy was led by a technocratic government, appointed to implement austerity measures in the context of the Eurozone debt crisis. While most of the political parties formally supported the government, some actors built their campaign around anti-system themes. This study proposes and discusses empirically two mechanisms by which such a blurred situation may have led Italian voters to discount ideological (left-right) considerations as a guideline for their own political identification and preference formation. Using data from a repeated cross-sectional survey running from March 2011 to February 2013, we investigate whether changes of the macro context affected the strength of the association between ideological self-positioning and the propensity to vote for the coalition leaders of the two ideologically rival blocks, i.e. the left-wing Democratic Party (Pd) and the right-wing People of Freedom (Pdl). Results show that our expectations are only partly corroborated by the data. First, we find that the effect of ideological labels on both parties' evaluations remains strong and persistent over time. Second, both the existence of a technocratic government and worsening economic conditions have had an impact on the evaluation of the Pdl, but not on the evaluation of the Pd. 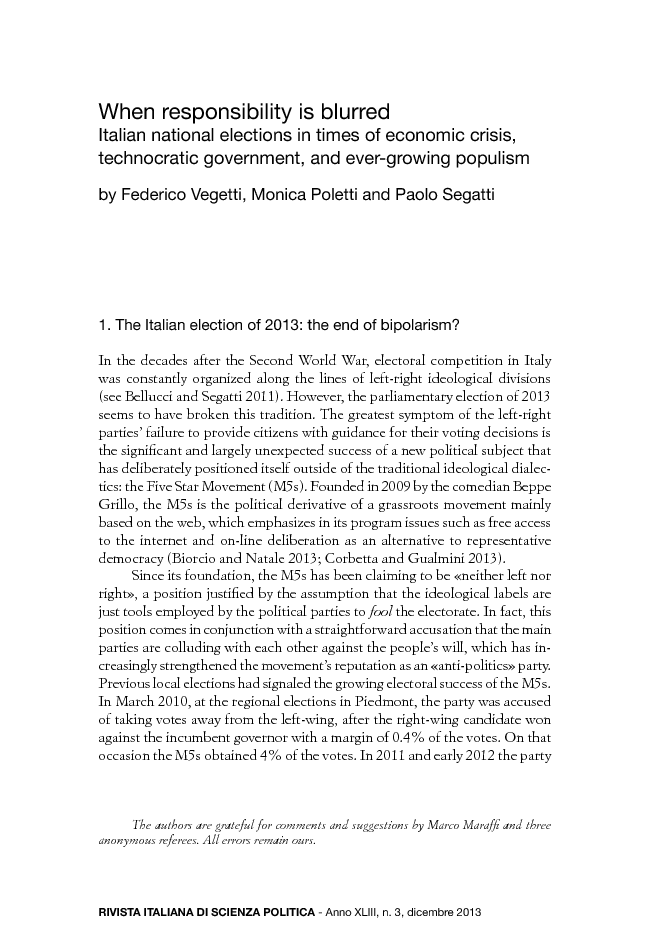