There are different conceptions of political science. Several scholars stress the word «science» and some of them accurately avoid any «political» implications of their work. Many other scholars prefer to underline the importance of the adjective «political». They recognize the implications of their research and writings for the functioning of the parties, the institutions, the political systems. They go even further, that is, they suggest how the knowledge acquired by political science could be put to good use. Giovanni Sartori's contributions are addressed, more or less explicitly, into the second direction. Sartori has no doubt: political science is a science that can be applied. His answer to the question «knowledge for what? » is loud and clear. Political science knowledge can improve the functioning of democratic political systems, of political parties, of the institutional circuit «voters-Parliament-government», and can assess the likely consequences of different types of electoral systems. Both in his scholarly production and in his frequent contributions to the Italian debate on institutional reforms, Sartori has shown how his political science provides truly useful knowledge. This paper will explore, analyze, and evaluate Sartori's teachings and writings in the field of political and constitutional engineering. 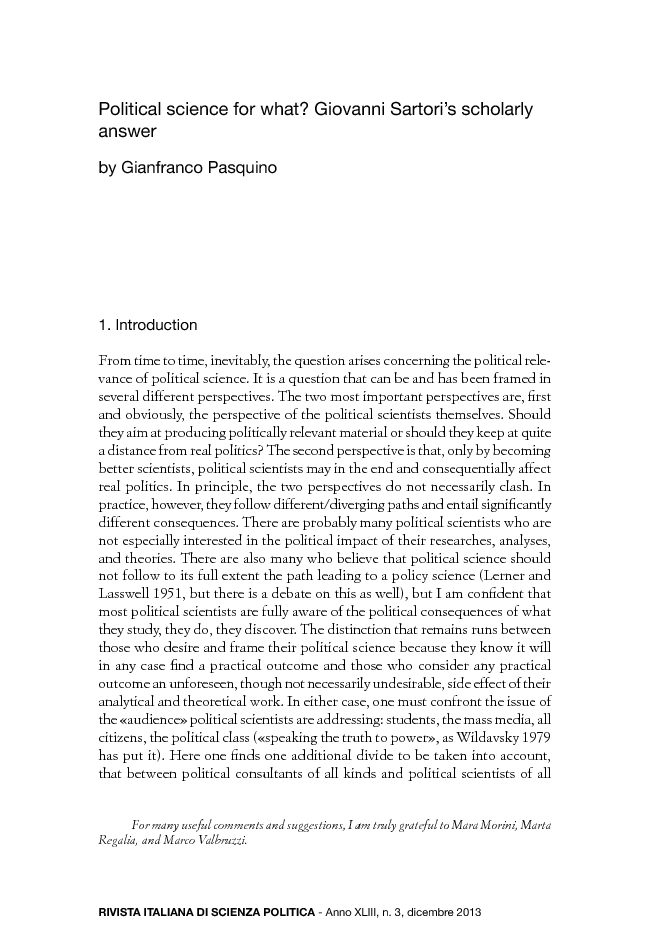